This is the company’s third electric car, Xpeng also offers its customers the XPeng G3 SUV with a full charge range of up to 520 km and the XPeng P7 sedan with a maximum range of up to 706 km.

Xpeng did not disclose details of the P5’s and electric vehicle’s battery specifications, or pricing for the model based on spec. All this will be announced on April 19 at Auto Shanghai 2021. At the same time, according to media reports, the Xpeng P5 will have a cruising range of about 600 km.

That said, Xinzhou Wu, Xpeng’s vice president of autonomous driving, told CNBC on Wednesday that the price of the P5 will be lower than the P7. The Xpeng P5 is expected to start at $ 35,192, below the current Tesla Model 3 price in China.

Xpeng Motors, which entered the NYSE last August, is looking to ramp up production and capture a large share of China’s fast-growing electric vehicle market.

Amid deferred demand in 2020, economic recovery and government incentives and incentives for buyers, all EV makers in China, including larger rivals Xpeng Tesla (TSLA), Nio (NIO) and BYD, as well as smaller rival Li Auto (LI) reported strong growth in shipments in the first quarter of 2021.

To win back more buyers, Xpeng Motors is offering affordable prices and benefits in the form of an NGP autonomous driving system. In the article “NIO and XPeng reported deliveries for March and first quarter of 2021,” Marketinfo.pro wrote that the XPeng autopilot set a record for autonomous driving. The XPeng P7 covered 3,675 kilometers, 2,930 kilometers of which the electric car was driven only by the NGP autopilot; human driver intervention was required on average 0.71 times for every 100 kilometers.

With regard to the Xpeng P5 electric sedan unveiled Wednesday, the company said it is equipped with XPILOT 3.5, “the most powerful autonomous driving system in a production car.”

The Xpeng P5 has a panoramic roof, built-in refrigerator, and “the cabin can be reconfigured as a private full-size cinema for user enjoyment or put into sleep mode as a full-length sleeping compartment for maximum comfort,” the company said. 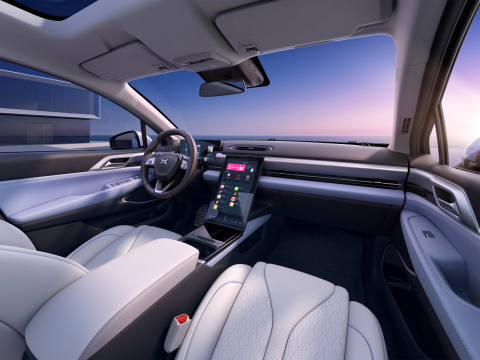 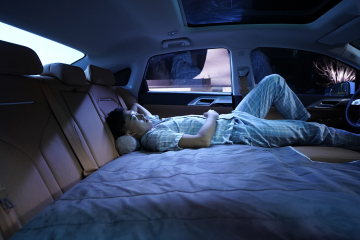 Xpeng vice president Xinzhou Wu said the P5 will hit buyers in China in the third or fourth quarter of this year. At the same time, Xpeng also plans to expand into its first international market – in Norway and Northern Europe, but the timing is still unknown.

Investors are assessing both the risks of competition and the risks of a global semiconductor shortage that has affected most of the major automakers, which have been forced to temporarily shut down factories. Nio suspended its factory for 5 days, and Xpeng executives did not report any supply problems.