In the previous trading session, VTB shares rose 2.8%, closing at 4.41 kopecks. The papers outperformed the market. Trading volume amounted to over 2.4 billion rubles.

Over the past 2 trading sessions, VTB shares only slightly removed their overbought RSI levels and returned to growth yesterday. On the technical side, there is still room for growth. On the daily chart, the MACD curves have begun to reverse in the neutral direction – a potential signal to remove overheating.

If buyers continue to pressure today, a test of 4.45 kopecks will occur. Overcoming the level from the bottom up will indicate continued growth to 4.5 kopecks. in the short term. Such a scenario is not yet excluded. In the medium term, the main scenario is growth above 4.5 kopecks.

The external background is mixed today. Sellers can intercept the initiative to keep prices within 4.4-4.3 kopecks. This scenario is supported by the fact that the price is near the deceleration zone of 4.4-4.45 kopecks. A negative signal will be the consolidation below the support of 4.3 kopecks. In this case, a correction may begin, which will not be regarded as a trend change due to positive growth drivers in the long term. 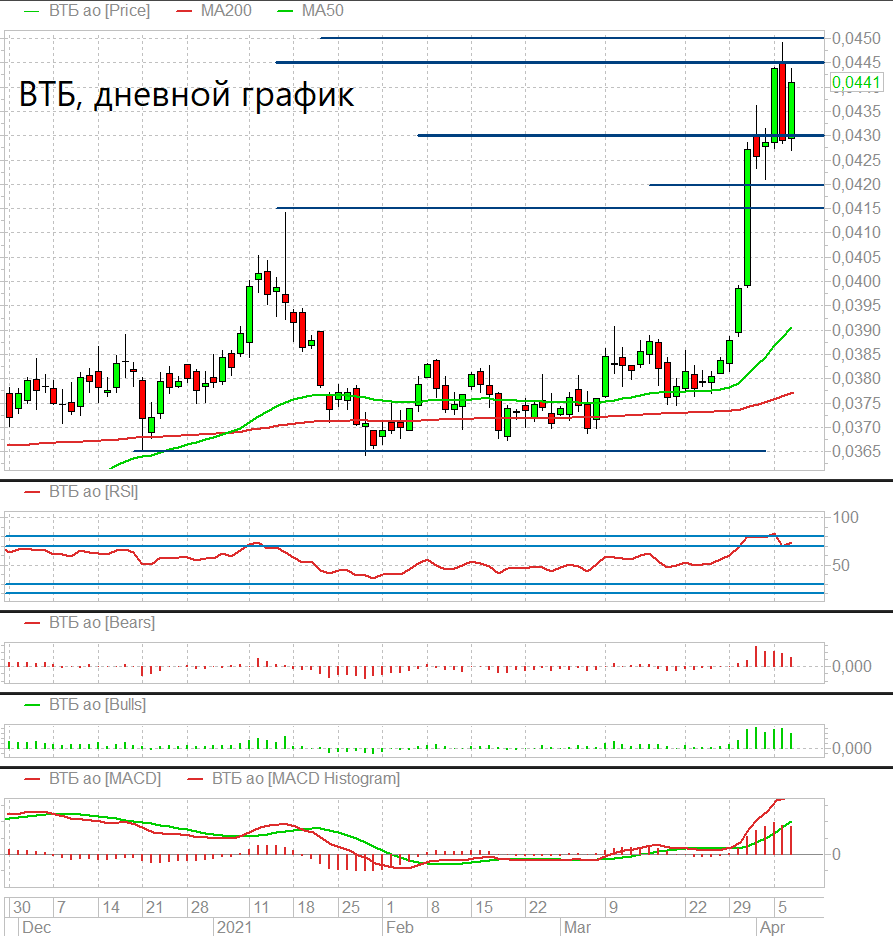 The external background is mixed in the morning. American indices remained at about the same levels after the close of our main session on Wednesday. Asian markets are trading in different directions today and do not show uniform dynamics. Futures on the S&P 500 index are growing by 0.43%, Brent oil is in the red by 0.19% and is near the level of $ 63.05.

Taking into account the results of the previous evening trades, it can be assumed that if the current background persists, the opening on VTB shares will take place close to the closing level on Wednesday.

Since mid-March 2020, VTB shares have been in an upward trend. It was interrupted in early August amid a decrease in dividends from 50% to 10% of net profit. The market reacted with a sell-off, which led to the formation of a downward trend, and the price was close to the March values.

Until mid-October, VTB shares continued to decline, until the company announced its intention to pay 50% of its net profit for 2020 – the news became an excellent driver of the share price growth. Also, now the stocks are supported by positive expectations of financial results in 2021 and further growth of dividends.

The 50- and 200-week moving averages have begun to signal an upward reversal of the curves. The MACD curves are starting to signal the formation of an uptrend. The RSI indicator is in the overbought zone.

The price has consolidated above the 200-week moving average, which opens the way to levels above 4.5 kopecks. Taking into account the technical aspects, the scenario of continued growth is the main one, however, short-term corrections are not excluded. 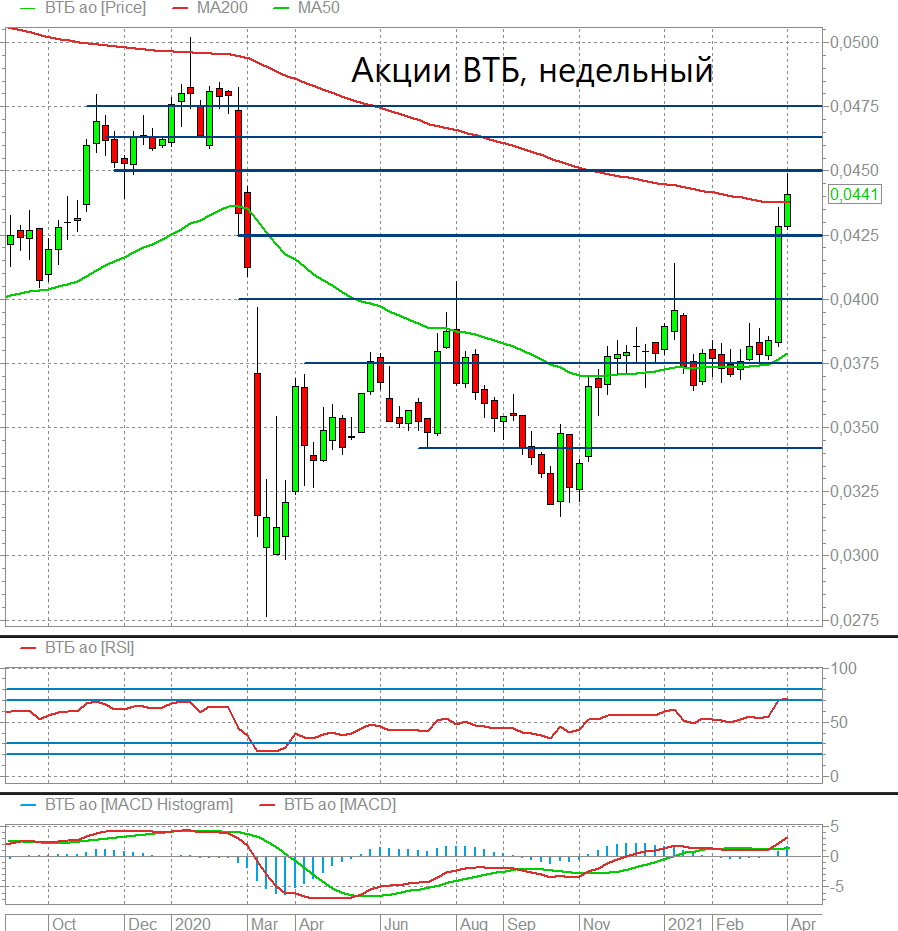