To implement the growth, Aeroflot shares need to gain a foothold above the resistance of 68 rubles

On Monday, the securities continued to move inside the triangle, the price is preparing to exit it in the coming days. The movement at the exit from the triangle often coincides with the height of the left side, if the price goes up, the growth target is at 70.6. This alignment coincides with the previously formed growth impulse, pointing to the area of ​​70.4–70.6. I admit a trap in the form of a false breakdown of the triangle down to the buy zone of 64.4-65.6, and then growth towards the indicated targets.

If the price on the daily chart consolidates above the resistance of 68, then the growth scenario will be relevant. On the way of the upward movement, an intermediate obstacle 69 is expected – a strong level on the weekly chart.

On the 4-hour chart, the RSI curve is in the neutral zone near the 49 point mark. There are no divergences from the chart on the MACD and RSI indicators. Technical factors point to a headroom for stocks to rise. First of all, it is necessary to look after the development of the lines of resistance and support: 67.4 and 66.4.

Until the support 65.6 breaks down, the base scenario is to achieve growth targets. 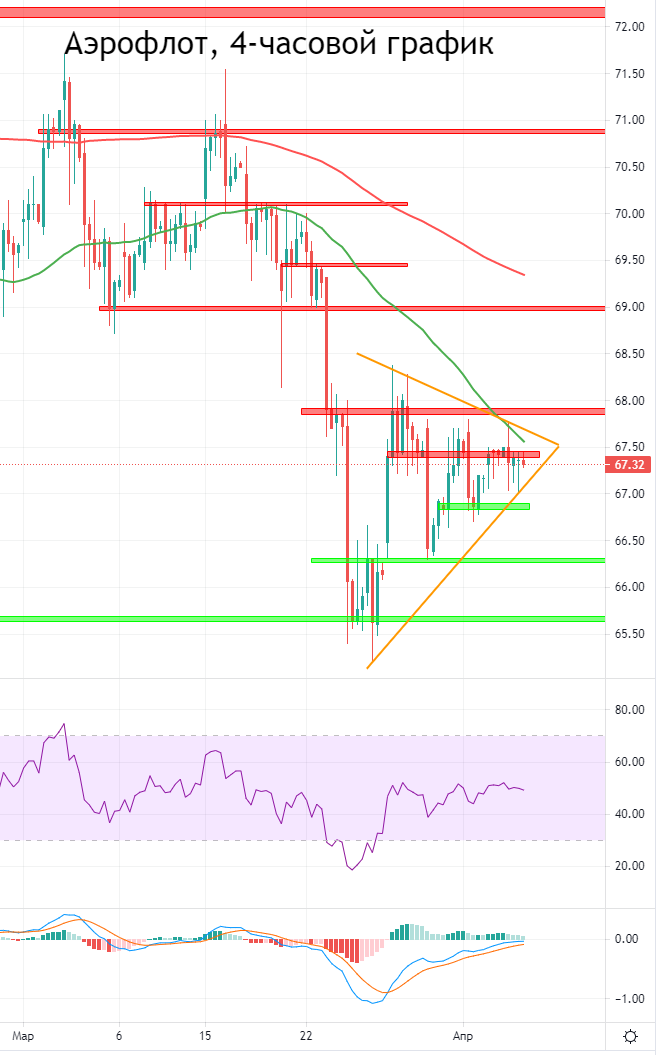 The external background was moderately negative this morning. S&P 500 index futures are down 0.2%. Asian indices are trading mostly in the red. Brent crude is up 0.8%. If the background remains unchanged, Aeroflot shares will open slightly below Monday’s closing level.

The strong support level 55 was tested for strength in October, and it held its own. And on November 9, the largest daily trading volume in history took place, which is a strong argument in favor of the end of the fall and the formation of a new bullish trend.

Until securities consolidate above the level of 69, there is a high likelihood of going sideways in the 64-68 range.

An uptrend may develop if it consolidates above the level of 69, in which case the quotes may refine the previously formed growth targets in the area of ​​77–82. This zone will be optimal for taking profit in open long positions, since after reaching it, there is a high probability of continuation of the correction without positive fundamental drivers. 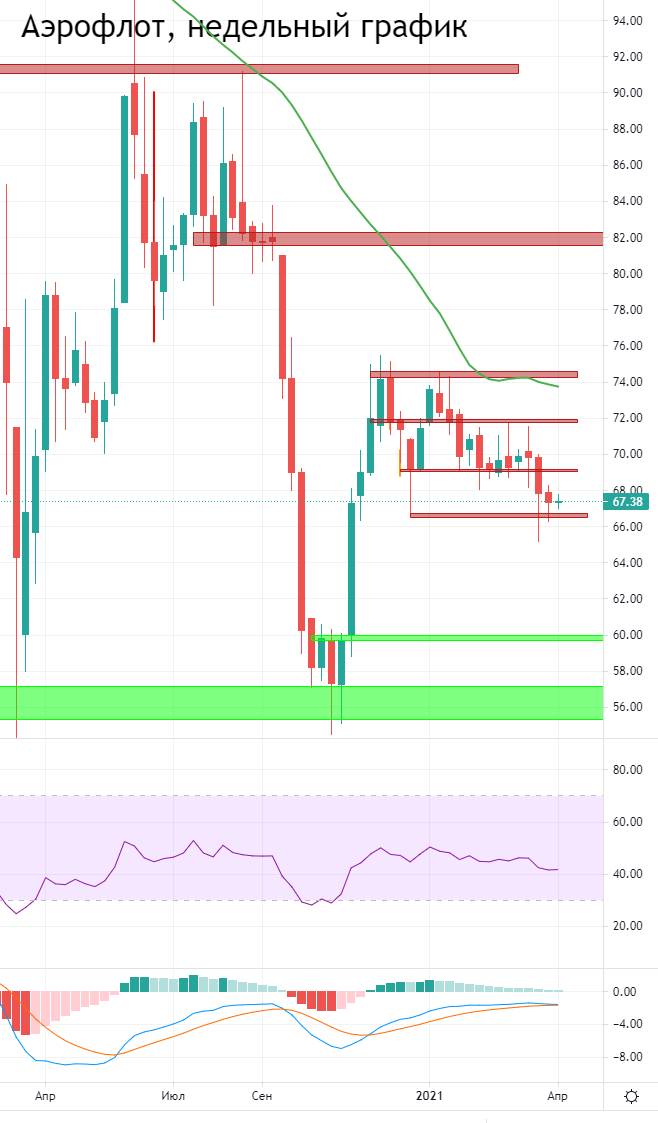 Citizens will have to report to the FTS for bitcoins