At the previous trading session, shares of GMK Norilsk Nickel rose 0.96%, closing at 26,986 rubles. The paper outperformed the market, which added 0.66%.

Since the start of trading on Wednesday, shares of Norilsk Nickel have broken through the level of 26,800 rubles, the 200-period moving average, and also tested the mark of 27,000 rubles.

The technical picture with a return above 26 800 rubles. has improved. The lagging behind the market as a whole in the last couple of days began to gradually collapse. Such dynamics looks absolutely justified, since it is difficult to identify the fundamental reasons for the development of a correction in Norilsk Nickel shares. At the moment, the stochastic is oversold, which, together with the not very favorable external background, may not allow the bulls to break through 27,000 rubles today. The most likely scenario now is a slight pullback in quotes or a sideways consolidation. The breakdown of the 200-period moving average is unlikely to support the activity of buyers, as the indicator has recently been “cut down”. 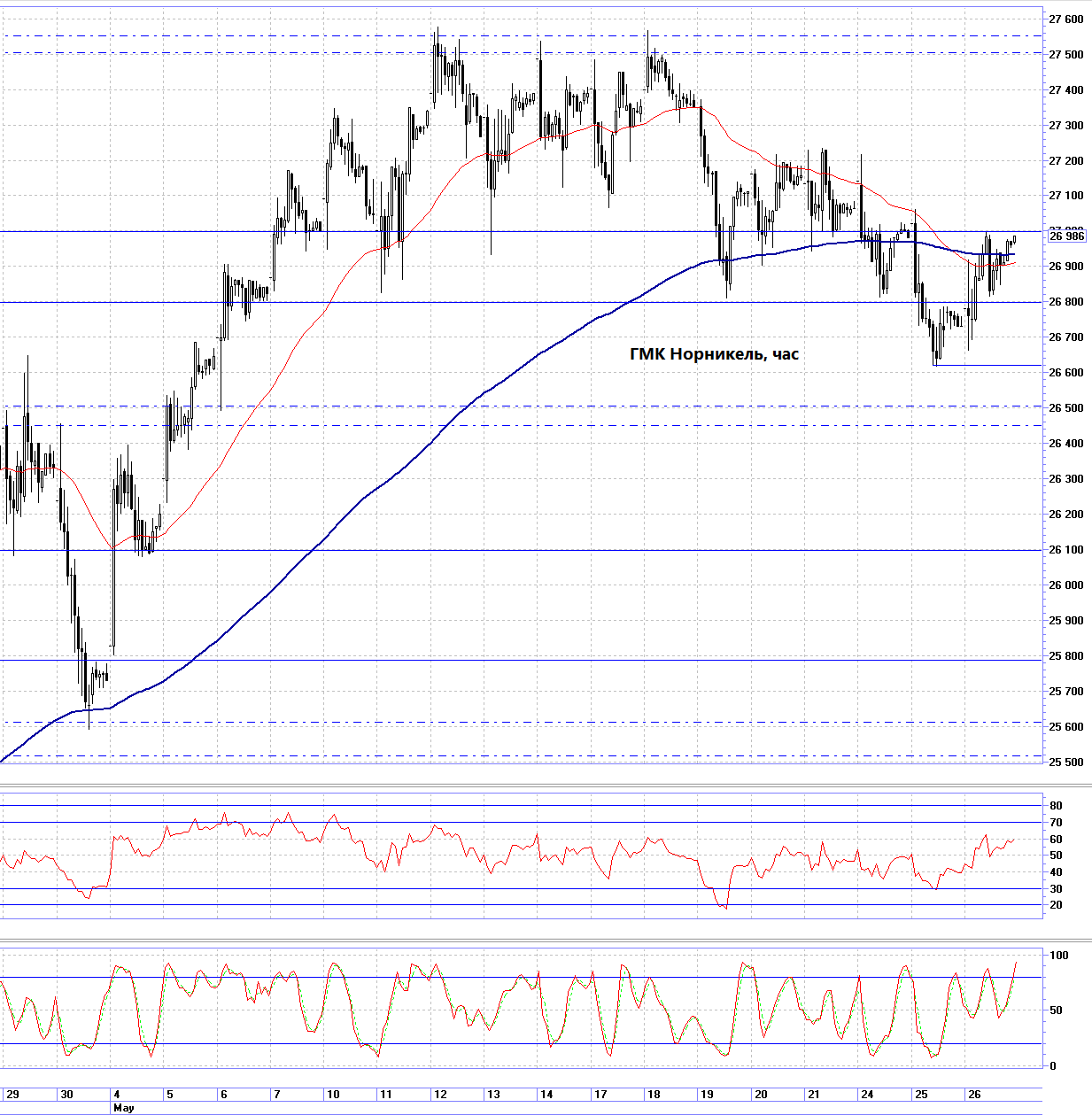 The external background is moderately negative this morning. American indices remained at about the same levels after the close of our main session on Wednesday. Asian markets are trading in different directions today and do not show uniform dynamics. Futures on the S&P 500 index are down 0.11%, Brent oil is in the red by 0.7% and is near the level of $ 68.4. All this suggests that if the external background persists, the opening will take place near the previous day’s close.

On the positive news, the upper limit of consolidation was broken since the end of February – 24,500 rubles. With its breakdown, the technical picture improved, and a month later the first target of growth by 27,000 rubles. has been achieved. After that, the consolidation, which is classic for the growing trend of Norilsk Nickel, began. 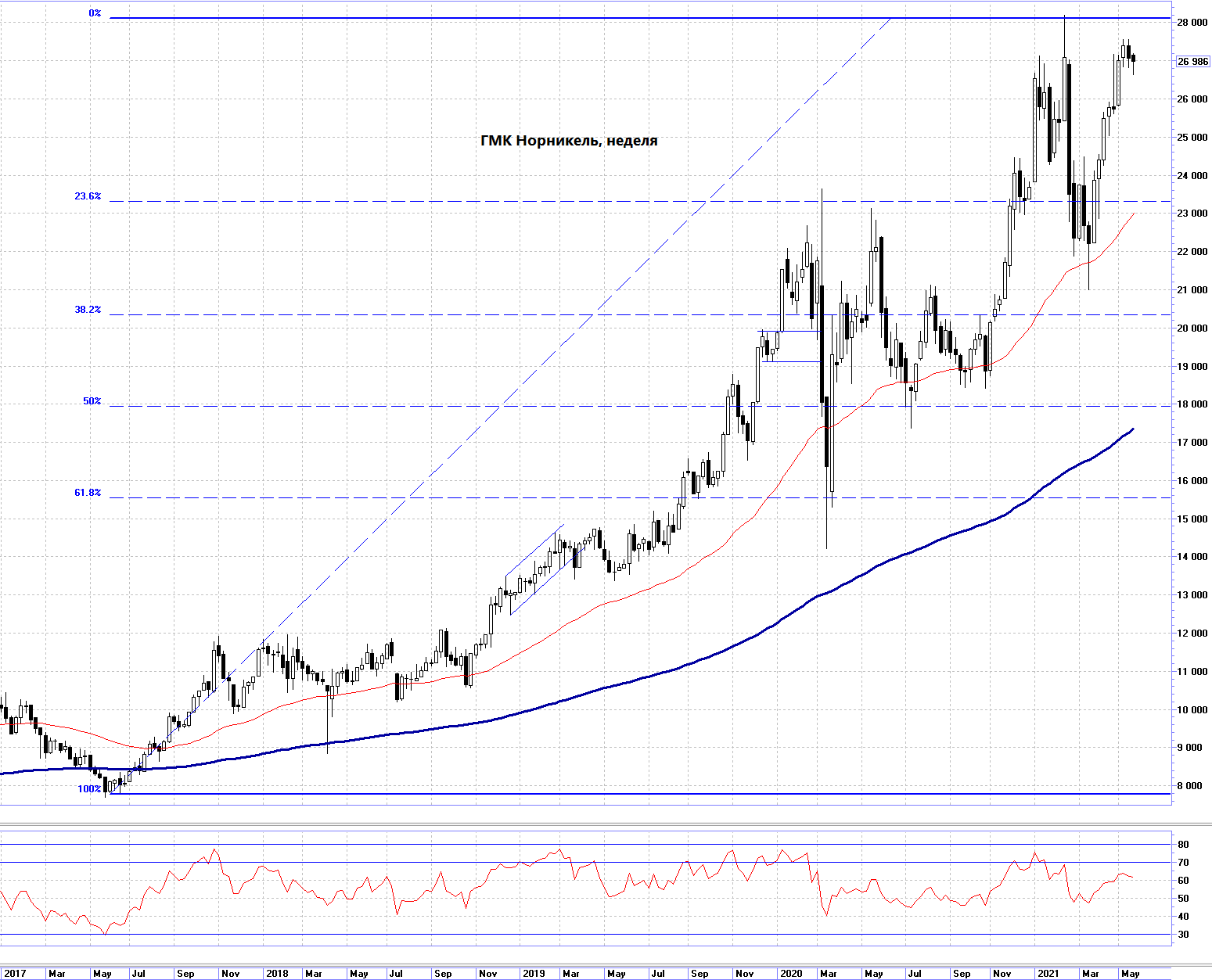 Potatoes became the most expensive product for the year