Many experts predict further weakening of the dollar, and some analysts, according to The Financial Times, expect that in 2021 its rate may fall by more than 20%. This is due, in particular, to some loss of demand for the dollar as a safe-haven currency due to the emergence of vaccines against the coronavirus and the Fed’s financial stimulus.

Have the dollar really weakened that much, or are the gloomy forecasts grossly exaggerated? Nikolay Dudchenko, an independent financial analyst, answered a question from Fortrader magazine.

– Despite the current situation with the weakening of the American currency, I think that it is too early to write off the dollar. There are several reasons for this, which we discussed earlier. Let’s try to return to this question again:

We have already seen a picture of how, after the discovery of a new strain of the virus, the US dollar soared up on expectations of renewed lockdowns. In my opinion, this is a confirmation that the market is in no hurry to “write off” the US currency. Who can guarantee that in the new 2021 we will not receive information about new varieties of the virus? Who guarantees that the available vaccines will be effective against the new strain? This factor can in no way be ignored as a subsequent growth trigger for the dollar.

Let’s assume that the situation still changes for the better. What can we expect then?

2. Demand for US currency

2020 was the most difficult year for developed economies: lockdowns, slowdowns in production (disruption of production chains) and, as a result, a drop in GDP. Now we are witnessing how developed countries are literally “fighting” over which rates are lower and the stimulus packages are higher.

Regulators are putting pressure on the gas with all their might, trying to disperse the braking economies. But, as you know, the higher the speed, the longer the braking distance is obtained. The thought of what will happen when, finally, inflation starts to accelerate, and the first factor ceases to dominate the markets, does not leave me. The bottom line is obvious, the Fed, sooner or later (Powell has already stated that not earlier than before reaching the inflation target of 2%), will press the brake (raise the rate), which in turn will lead to a chain reaction in most countries of the world. Exodus – falling markets and renewed demand for the American currency… By the way, the dollar reversal is likely to happen even before real restrictions. The Fed is now enough to just hint at a constraining monetary policy to get the currency revalued. Everything is in keeping with the best traditions: “buy by hearsay …”

Incentive packages are now a double-edged sword. On the one hand, this is something without which consumption can “bend” now. On the other hand, it looks like a lever that will subsequently accelerate inflationary risks (what is now viewed as the lesser of evils). Earlier this week, Trump signed a new stimulus package, according to which Americans will be paid $ 600 each.

Let me remind you that initially Trump called these measures “shame”, proposing to significantly expand payments. Now this factor is putting pressure on the dollar, not allowing it to reverse, however, here, as with the rate, a simple hint of a lack of desire to pump liquidity is enough, as you and I can see a reversal in USD.

Thus, it is quite possible that we will see these goals achieved. But in the future, the picture will depend on whether the bulls can break through the range. If so, then we can talk about going to the 1.4000 mark. 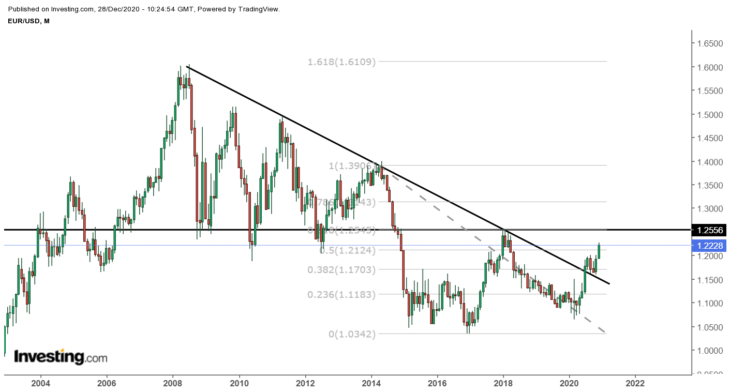 A similar picture is observed for the GBP / USD pair. The cable is forming a double bottom with a confirmation line at the local high from 1.4380. There is also a 50% Fibonacci level. In addition, the GBP found support at this mark in 2009-2010. In order to go to this target, the pair must first overcome the nearest local resistance level 1.3620, then – 1.4000. 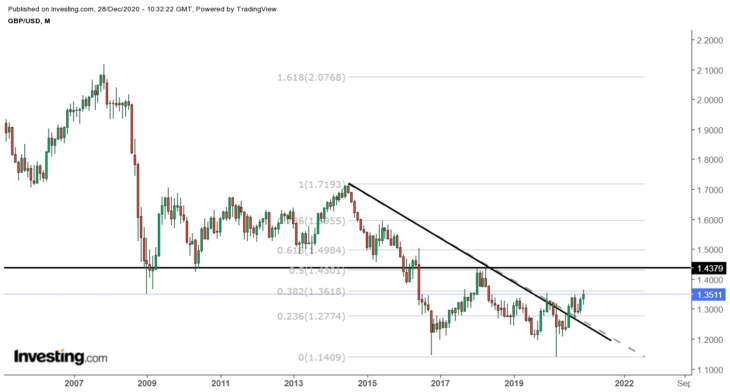 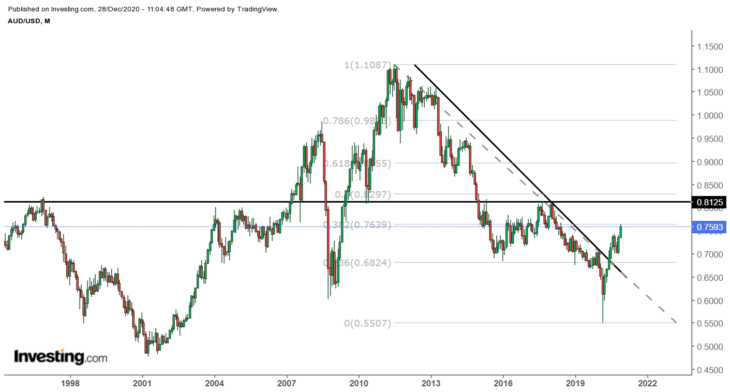 The USD / CAD pair has tested the significant level of 1.2840. The next target is the value 1.2060. Here we are dealing with a sideways trend rather than a bullish or bearish trend. 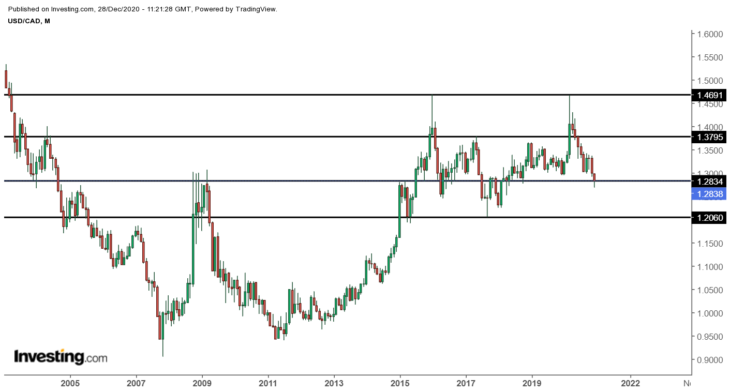 In conclusion, I would like to wish everyone a Happy New Year and, of course, wish you health. It is precisely this that is now so necessary in this difficult time. 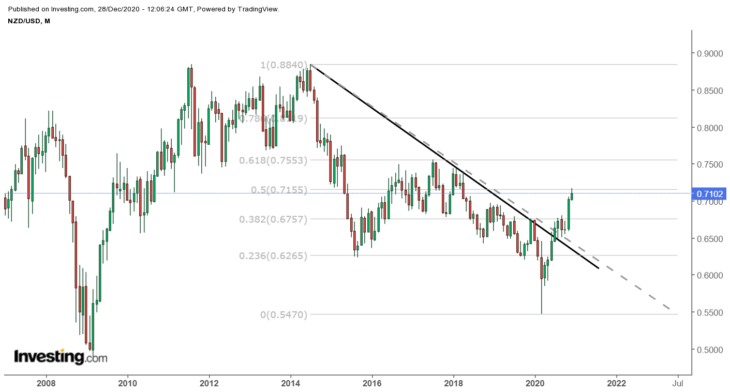 What will be the euro / ruble exchange rate in January 2021

By the end of 2020, the ruble has strengthened in the “thin” market