At the previous trading session, shares of GMK Norilsk Nickel fell by 1.35%, closing at around 25,934 rubles. The paper looked worse than the market, which lost 0.31%.

At the trading session on Tuesday, they received a correctional pullback in Norilsk Nickel shares. The securities broke through the bottom of the local uptrend. In the region of 25,700-25,800 rubles. the decline stalled, and at the end of the day, the stock even bounced back slightly.

The short-term technical picture remains cautious, although bulls’ activity can be expected to rise in today’s session. The external background in the morning favors the rise in quotations. The nearest target is the resistance of 26,600 rubles. At the same time, if buyers are unable to seize the initiative, then a deepening correction can be expected – its potential has not yet been exhausted. In the bearish scenario, the important levels will be the 200-period moving average, which shows itself well on the trend, as well as the levels of 25,000 and 24,400-24,600 rubles.

The daily timeframe is entirely on the sellers’ side. Stochastic has come out of overbought, RSI has reversed from highs above 80 and is also preparing to give a sell signal. The candlestick formation reflects the activation of bears, and the potential for decline looks impressive – the first target is 25,000 rubles. Because of this, it is worthwhile to approach the formation of speculative long positions with caution. 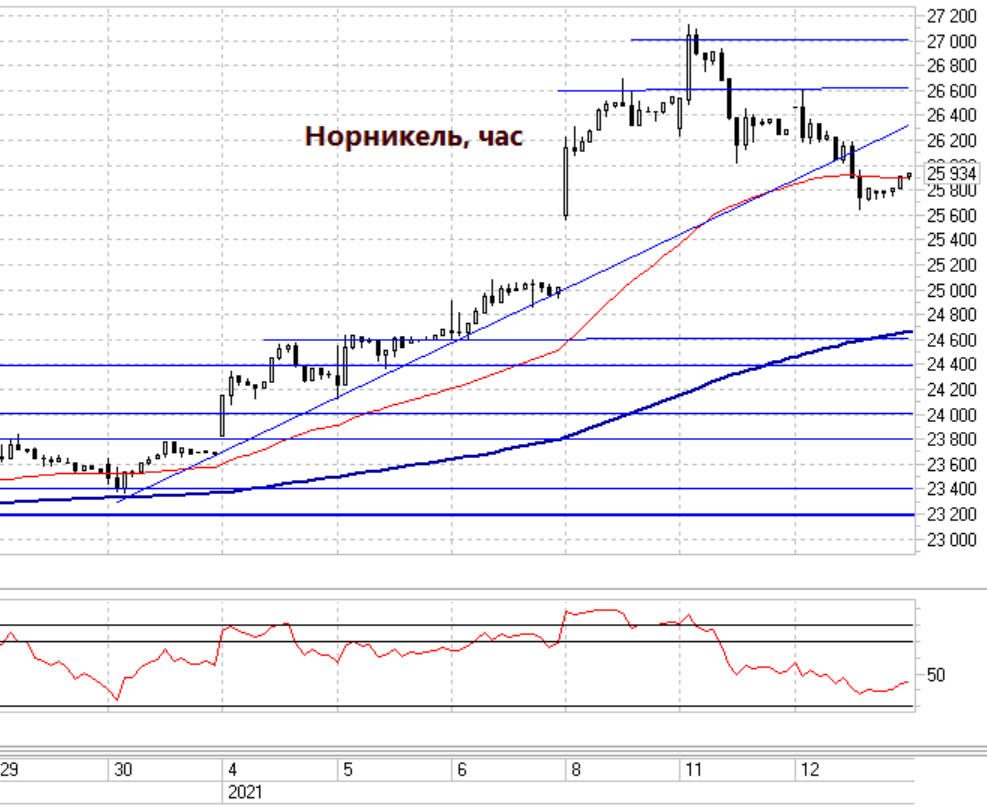 The external background is forming moderately positive this morning. American indices remained at about the same level after our close on Tuesday. Asian sites are trading in different directions today and do not show uniform dynamics. Futures on the S&P 500 index are growing by 0.2%, Brent oil is up by 1.4% and is near the level of $ 57.4. All this suggests that if the external background persists, the opening will take place near or above the previous day’s close.

Since 2009, Norilsk Nickel shares have been in a big up-trend. Growth impulses alternate with periods of sideways consolidation, drawdowns are quickly redeemed, indicating the strength of the trend. The last period of prolonged sideways consolidation was observed from the beginning of 2015 to November 2018. Quotes came out of another sideways upward, and since then the shares have grown by about 1.5 times, supported by the growth in prices for key products of Norilsk Nickel.

The threat of the spread of coronavirus led to a large-scale decline in quotations in March 2020. At the end of May, an accident occurred at the TPP-3, owned by Norilsk Nickel. Because of the incident, the shares rolled back again, laying the risks of significant financial consequences for the company. As a result, the papers were again in the wide saw.

In November 2020, a new wave of growth began, within which development received another powerful impetus for growth – all-time highs were updated. Despite the local overbought, the long-term outlook on the securities is generally positive. 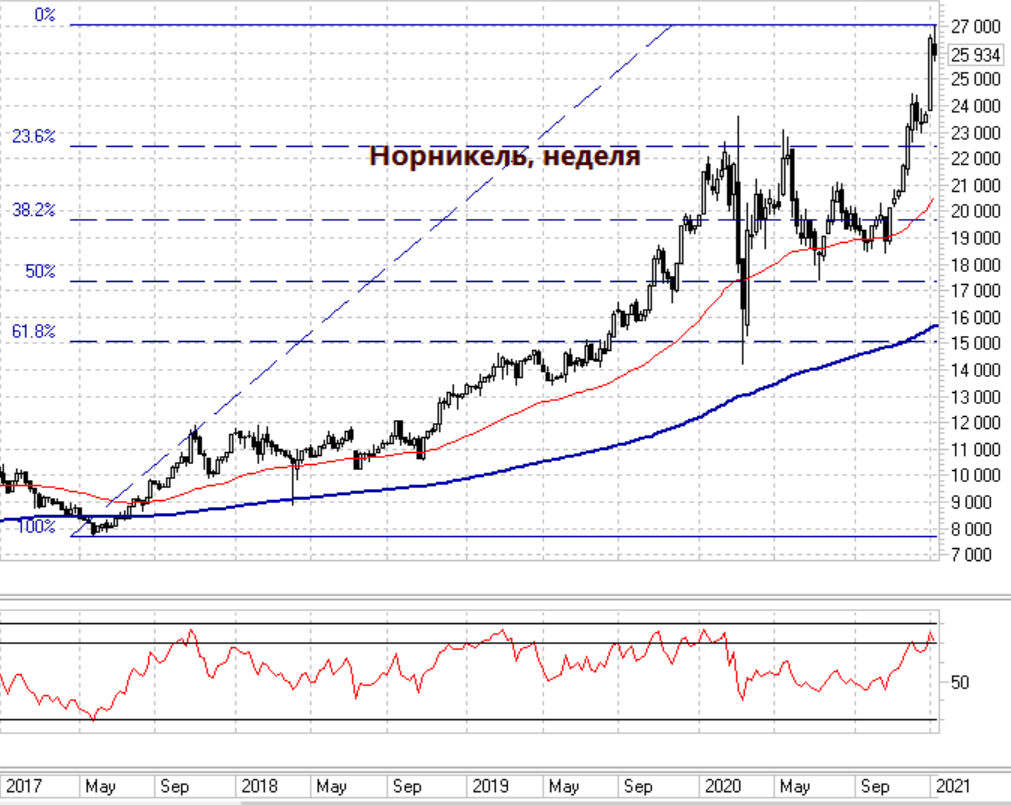 Apple Mac shipments up 48% in the holiday quarter