Tesla shares fell after the release of its Q4 report despite a 45% rise in earnings. Tesla showed pictures of factories under construction and new interiors of Model S and Model X, but did not give specific forecasts for car shipments for 2021, saying only an expectation of 50% annual growth.

Tesla (TSLA) shares, which gained more than 700% in 2020, have dropped about 7.5% in non-trading time after the release of their quarterly report and forecast for 2021.

Since Tesla’s quarterly report on electric vehicle shipments (the company’s key metrics) was published back in early January, but there was no delivery forecast for 2021, all attention was focused on the expectations for this forecast. However, Tesla disappointed Wall Street by not providing any specific numbers on Wednesday after the close of trading.

The company stated the following: “Over the coming years, we expect to achieve 50% CAGR in vehicle shipments.”

Revenue grew 45% to $ 10.74 billion, which is higher than the average analytic estimate of $ 10.2 billion. Tesla’s quarterly revenue and profit statistics for the last 2 years are available here.

Revenues for the main auto division rose to $ 9.31 billion, with the company noted that due to larger Model 3 and Model Y shipments compared to premium Model S and Model X, the average sales price in the fourth quarter was 11% lower. than a year ago. In addition, in order to capture a large share of the auto market in China, Tesla has made significant price cuts.

Earnings were also negatively impacted by the costs of the electric vehicle supply chain to Europe and the large bonuses paid to CEO Elon Musk and other executives. As a result, Tesla’s operating margin fell to 5.4% in Q4, up from 9.2% in the previous three months.

Loup Ventures analyst Gene Munster commented on falling profits and price cuts in order to gain market share: “This is negative today, but good in the long term, given the emerging market for electric vehicles.”

Quarterly revenues from energy production and storage rose to $ 752 million, up from $ 436 million a year earlier. Analysts noted that with the coming to power of Joe Biden and the expected stimulus for green energy, this division of Tesla should accelerate its growth.

Tesla’s quarterly revenue from services and other revenue rose to $ 678 million.

“2020 has been a defining year for us on many levels,” Tesla CEO Elon Musk said in a comment on the report. “Last year we delivered almost as many vehicles as we have produced in our entire history, this is a truly incredible growth rate despite a very difficult 2020”.

The company ended the year with $ 19.4 billion in cash, which includes $ 10 billion raised through the issuance of additional Tesla shares in the last four months of 2020.

Tesla executives noted that the growing market value of the company in 2020 has allowed the company to receive investments to build new factories and battery technologies.

Tesla is building factories in Austin, Texas (first photo) and Brandenburg, Germany (triple photo). The photo below shows the fast pace of construction. 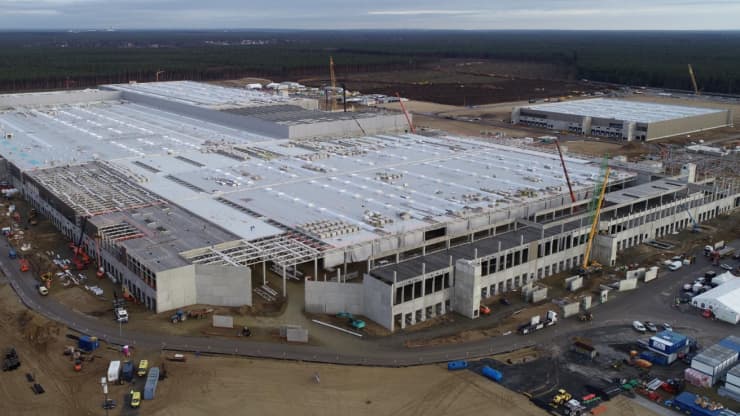 Indian Express said last month that Tesla will begin operations in India in 2021, but the details of the company’s plans are not yet known.

Tesla also said it is in the early stages of producing the refreshed Model S and Model X at its Fremont plant. The cars will receive new interiors, the photos below were published by Tesla. 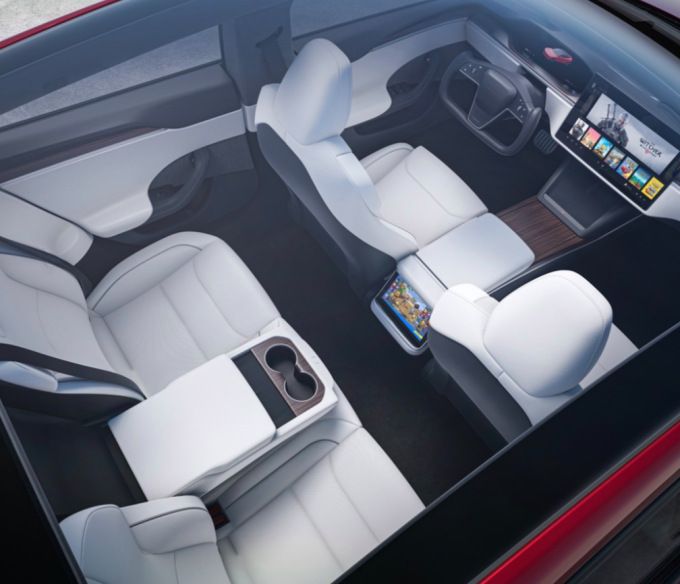 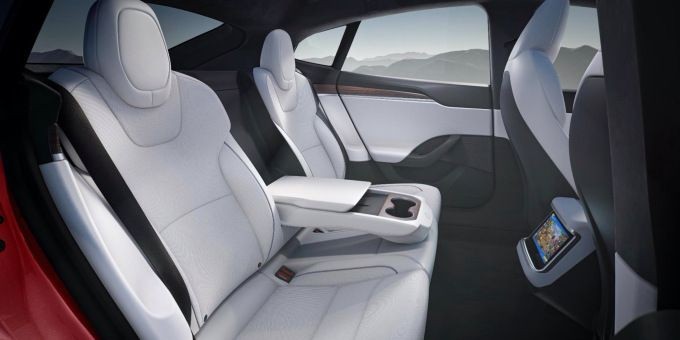 As for the Cybertruck, Tesla plans to start production in late 2021 and expects mass shipments to begin in 2022.

Commenting on the report, Musk said the Tesla Semi truck is ready for production and the company plans to begin shipping this year, but limited battery cell capacity is holding back production.

Tesla’s CEO called on leading battery suppliers like Panasonic, LG Chem and Contemporary Amperex Technology to increase production, saying “we will buy as much as they can send us.”

The autopilot feature could be a significant new revenue stream for the company, which Musk said will justify the high share price.

Analysts point out that after a victorious 2020, Tesla will have a hard time meeting investor expectations by showing profits while building factories and investing in new production lines and technologies. At the same time, a number of competitors are planning to launch their electric vehicles in 2021.

Elon Musk previously said he was willing to sacrifice profitability to sell more and cheaper cars, but the CEO warned employees in an internal email last month that Tesla stock could be “squashed” if investors began to worry about its ability meet profit expectations.

Wedbush analyst Daniel Ives believes China is Tesla’s top sales growth region today, followed by Europe and the United States. According to him, by 2022, 40% or more of Tesla’s sales will come from China.

Facebook’s holiday quarter has been strong, but there are risks for ad targeting