Should you buy Beyond Meat stock: pros and cons

Beyond Meat has been labeled overvalued by many Wall Street analysts since its listing. At the same time, a Citi analyst raised their rating to Buy as the prospects grow with the acquisition of two major global partners.

Since the listing of Beyond Meat (BYND) on the NASDAQ on May 2, 2019, the vegetarian meat maker has gained nearly 114% (as of Wednesday’s close).

Many investors saw stocks as an opportunity to invest in a relatively new, fast-growing market, but the Beyond Meat stock chart does not show a uniform trajectory – the stocks have been volatile throughout their trading history.

The strong rally in Beyond Meat stock in the summer of 2019 was followed by a decline in October amid a correction and general market uncertainty associated with the US presidential election.

The next drop in stocks came in March 2020 with the arrival of the global coronavirus pandemic, which caused Beyond Meat to lose the largest share of its sales to restaurants. At the same time, the company had to increase its packaging costs in order to reorient itself to selling its products in retail stores.

Market analysts cite the following arguments against and for the acquisition of Beyond Meat shares.

Why buying Beyond Meat stock can be a mistake

1. Among the arguments against the skeptics are the rather small market and competitors of Beyond Meat. According to a study by Barclays Research, the market for meat alternatives will grow to 10% of the total market for traditional meat products by 2029 alone. 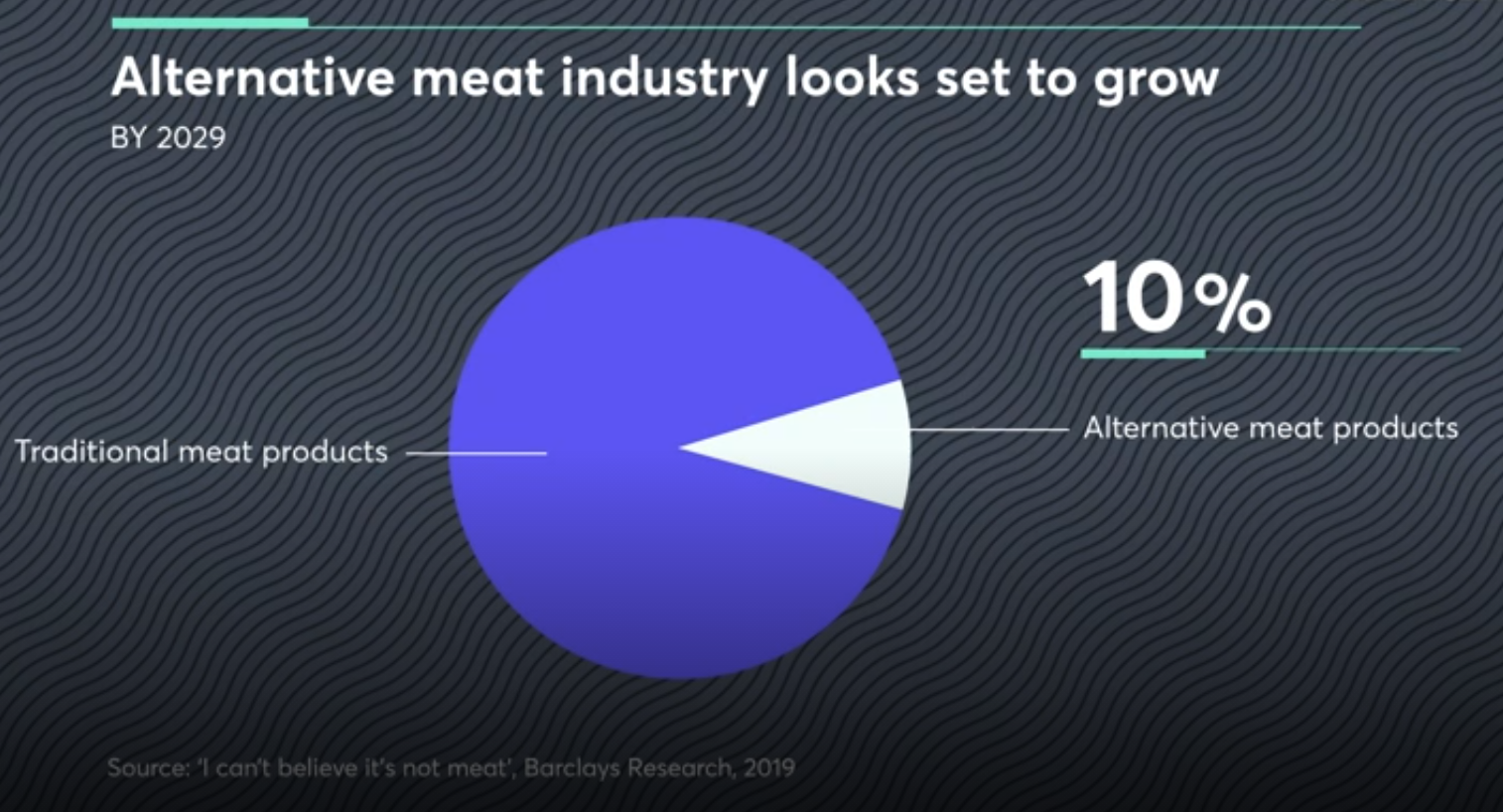 2. Beyond Meat’s main competitor, Impossible Foods, is cutting the price of its vegetarian products, which will force Beyond Meat to take similar steps, but the price cut could also reduce the company’s profits.

3. Changes in consumer preferences or the emergence of other alternatives. Preference for plant-based proteins over animals is a relatively new trend in consumer taste habits and may change. In addition, the technology of laboratory-grown animal meat has recently appeared, which is not a vegetable substitute, but real animal meat. Marketinfo.pro wrote more about this in the article “Startup Eat Just Sells Laboratory-grown Chicken Meat in Singapore and Plans an IPO”.

Why Buy Beyond Meat Stock

1. Management of Beyond Meat previously announced its intention to reduce prices for its products, but the company plans to achieve this by reducing the cost of production. Despite constant price declines, the company has managed to keep its gross margins high, the table below shows data taken from Beyond Meat’s quarterly financial statements. 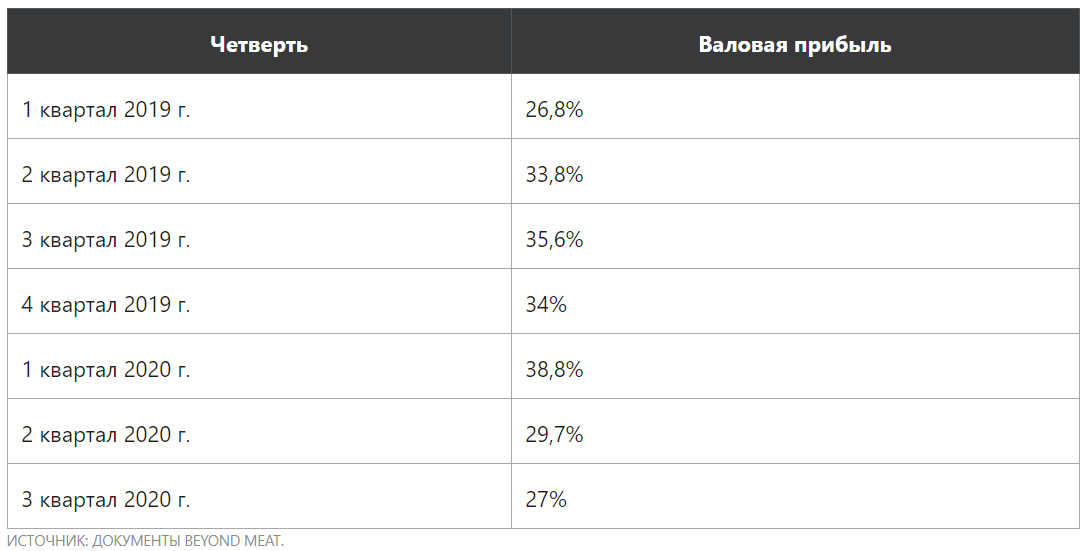 As you can see from the table, Beyond Meat’s gross margins were growing through 2020, with the decline in recent quarters not due to price declines, but due to restaurant closures during the pandemic and increased packaging costs for retail sales of Beyond Meat products in stores.

2. With regard to market prospects, the turnover of the “young” market for vegetarian meat substitutes is estimated at $ 1.4 trillion. in the long run. With $ 406.7 million in 2020 revenue for Beyond Meat, there is still plenty of room for the company to grow in sales.

In addition, the audience of potential buyers for Beyond Meat will grow dramatically if the company manages to offer a price below the meat alternative. Sales can rise when cost is no longer a hindrance.

3. Last week, Citigroup analyst Wendy Nicholson upgraded Beyond Meat from Neutral to Buy, saying she was full of “newfound enthusiasm for the long-term” of the company given Beyond Meat’s major contracts with McDonald’s (MCD) and Yum Brands (owner of KFC, Pizza Hut and Taco Bell brands).

Beyond Meat’s history of partnership with these world’s largest fast food chains began back in 2019 with veggie burgers testing in one-off restaurants. Thanks to a successful test launch, Beyond Meat has won three-year co-development contracts and a wide reach of restaurants around the world. Once the restaurant industry recovers from the pandemic crisis, Beyond Meat could see a significant boost in revenue.

Considering that the arguments for and against are equally divided, it can be said that the Beyond Meat company has rather high risks. However, if you are an investor willing to hold riskier stocks in your portfolio, the prospects for Beyond Meat are worth the risk. Analysts recommend long-term ownership of Beyond Meat stock for 5-10 years.

Correction in the US will accelerate the sale of Russian stocks