SENSO – at the cutting edge of digital entertainment, AI and blockchain technology


The Sensorium Galaxy digital metaverse is approaching, which will host VR concerts of the biggest stars of electronic music. Meanwhile, the platform’s native token, SENSO, recently conducted the largest token burn in history.

Why did David Guetta wear a sensory suit?

Electronic music star David Guetta wears a black, skin-tight suit with multiple gauges. Even on his fingers he has over ten sensors, and on his head there are special helmets with cameras that record eye movements.

Guetta is behind the DJ booth and plays a set for a very unusual audience: specialists in motion capture, or Mo-Cap (motion capture). Their task is to record all the “signature” gestures of the artist and even his facial expressions.

In the meantime, there is no need to worry about it. ”

These data are necessary to create an avatar – the exact digital twin of Guetta, which by the end of 2021 will have to perform in virtual reality. Yes, not just virtual, but also alien – after all, it will take place in the exotic PRISM world of the Sensorium Galaxy digital metaverse. 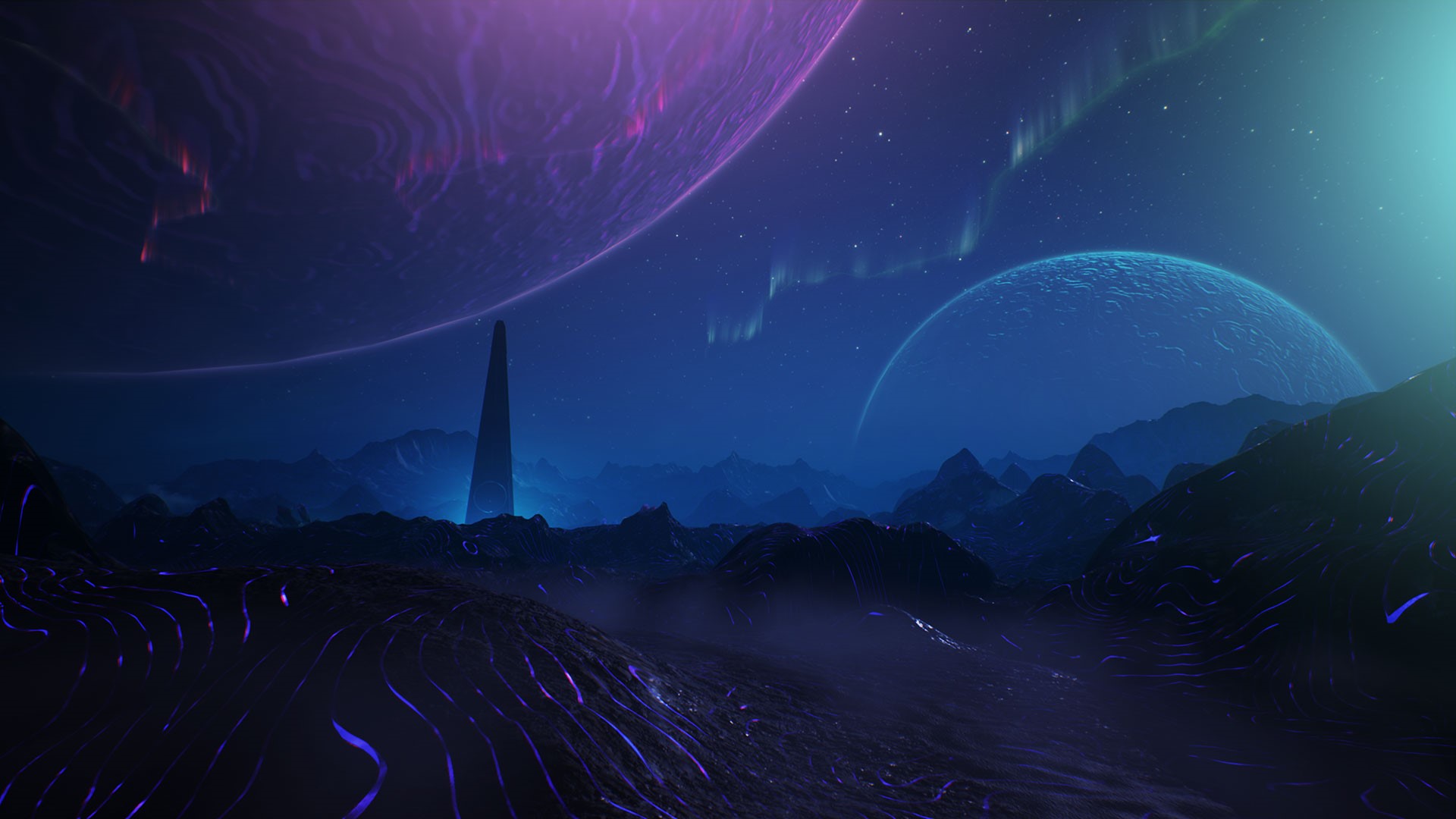 Guetta is just the first celebrity musician to perform in VR: Sensorium Galaxy has signed contracts with several other world-class artists.

So far, no specific dates have been set for the events, but an online store is already operating, where tickets can be bought. Holders of SENSO Local Currency will receive a 20% discount on any item in the store: not only tickets, but also avatars and accessories for them.

On a spaceship – into the world of PRISM

Sensorium Galaxy and SENSO are one of the most striking and unusual projects in the digital metauniverse. It integrates VR content, AI, music, dance, social mechanics, and blockchain. As a result, immersive virtual experiences are created, available to both VR headset owners and users of computers and mobile devices.

A few months ago, a team of volunteer avatars took to the planet PRISM aboard the Sensorium Starship. This is a huge lounge space with a bar and ample opportunities for networking and even flirting. 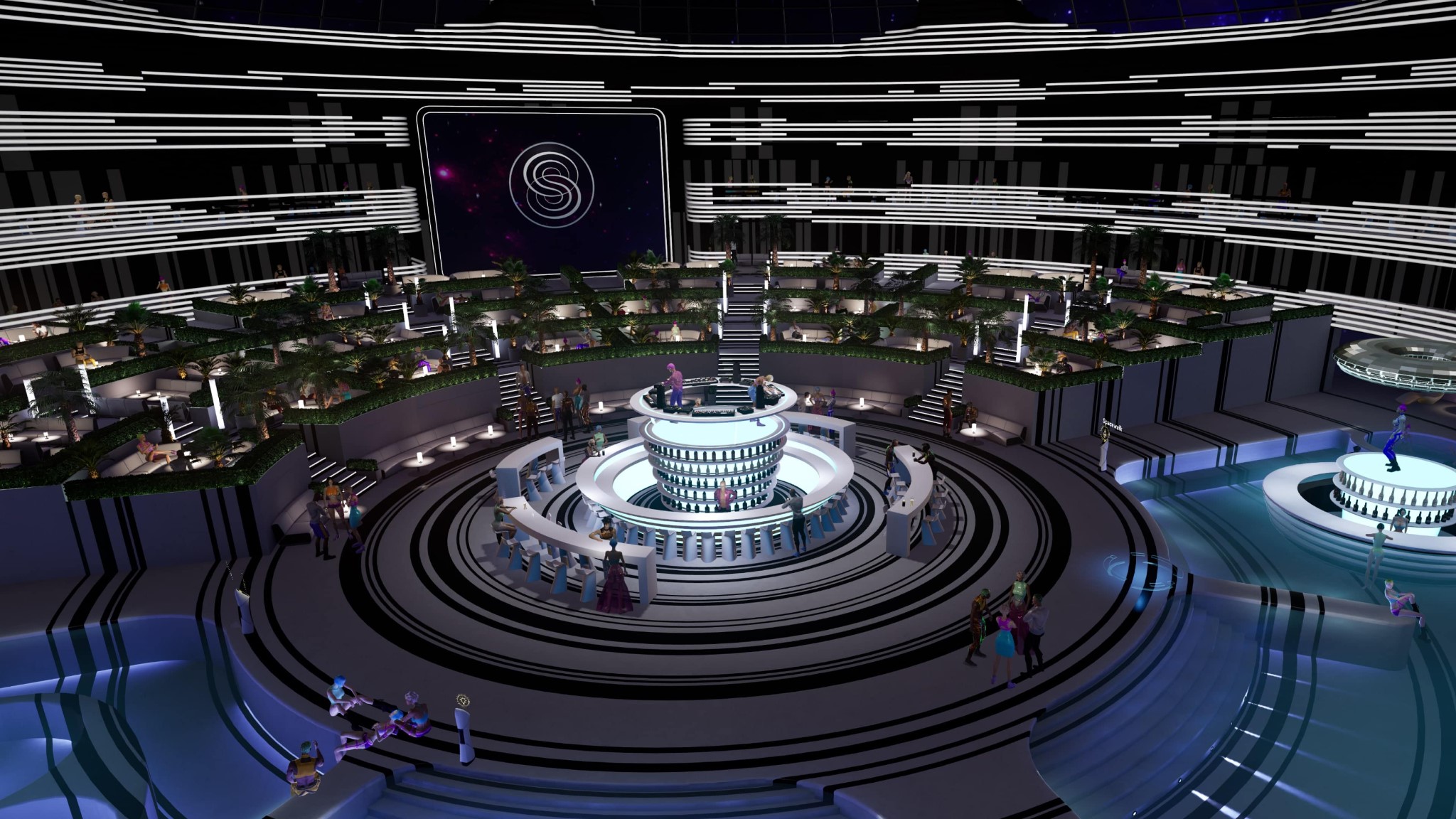 As part of the promotion, before the official release of the platform, each user receives two standard avatars for free upon registration. And if you want a more interesting digital twin, you can choose from more than 20 characters in the store (about $ 10 with a discount when paying with SENSO).

5 main uses of the SENSO token

The project recently published a new Light Paper, a document describing different aspects and technologies of the digital metaverse and the SENSO token. Light Paper lists the following ways to use SENSO.

With the help of SENSO, it will be possible to buy goods both in the built-in store and on the NFT-marketplace, pay for tickets to events and stream content from different worlds of Sensorium Galaxy. In addition, tokens will give access to rare avatars and customization of digital twins.

Users will be able to create unique virtual assets (including avatars) and sell them on the built-in marketplace or earn royalties from their use. In addition, with the help of an NFT token, it will be possible to protect your own digital identity (i.e. avatar). Commissions for the creation, listing and sale of an NFT will be payable to SENSO.

The Sensorium Galaxy is slated to include content and activities only available to SENSO holders, including thrilling quests, private VIP events and even entire worlds. Moreover, for participation it will be possible to receive a bonus in SENSO.

SENSO token holders are expected to be able to participate in the decision-making process. Proposals for adding new avatars and accessories to the platform, the procedure for introducing new functionality, etc. will be put to the vote. SENSO holders will even be able to propose new initiatives themselves.

SENSO and NFT will work together

Perhaps the most important innovation in Light Paper is the introduction of NFT, or non-fungible tokens. NFT technology is one of the main trends in 2021, and in the case of Sensorium Galaxy, their use is quite justified

Using NFT tokens, you can turn any unique object into an asset on the blockchain that can be monetized. For example, in the Sensorium Galaxy digital metaverse, 3D designers will be able to display their work in the Sensorium Starship’s lounge space and sell it in NFT form during the exhibition, just like in a real gallery.

So far, NFTs are not used in the Sensorium Galaxy store, but the situation may change after the launch of a new blockchain based on Substrate technology.

Switching from Ethereum to Substrate

So far, SENSO is an ERC-20 token on the Ethereum blockchain. This is the best option for the popularization stage of the project, however, for the protocol itself, on which NFT Sensorium Galaxy will work, Ethereum is poorly suited due to high fees and low speed.

Migration to Substrate will not only provide fast and cheap transactions, but will also integrate Sensorium Galaxy into the large ecosystem that is being developed on the basis of Polkadot. This is a grand decentralized network where users of different blockchains will be able to exchange assets. Sensorium Galaxy and SENSO have the potential to become one of the leading entertainment and communication segments of this network, which means that SENSO can be used in a wide variety of projects.

As already mentioned, the PRISM world and the first VR concerts of electronic music are expected to be launched at the end of the year 2021. The second world, MOTION, is on its way. Instead of the entourage of distant planets, here are the depths of the ocean, inhabited by creatures resembling mermaids.

The first MOTION trailer has recently been released, which demonstrates the high quality graphics, elaboration of details and the imagination of the creators:

As explained in Light Paper, the main focus of MOTION is self-development and creative expression. The fantastic underwater locations will host meditations, mindfulness training, coaching, conferences, and more. As with PRISM, all the paid activities are the easiest to access through SENSO.

SENSO’s initial issue (5.9 billion tokens) was calculated based on the targets for the closed (private) round of sales. Since the closed round was quite successful, the team decided to burn 70% of the tokens.

The burning was carried out on April 30 by sending tokens to a special smart contract that no one has access to. The reserve is 1.7 billion SENSO, which fully meets the needs of the platform. SENSO is currently available on six cryptocurrency exchanges including KuCoin and Poloniex. 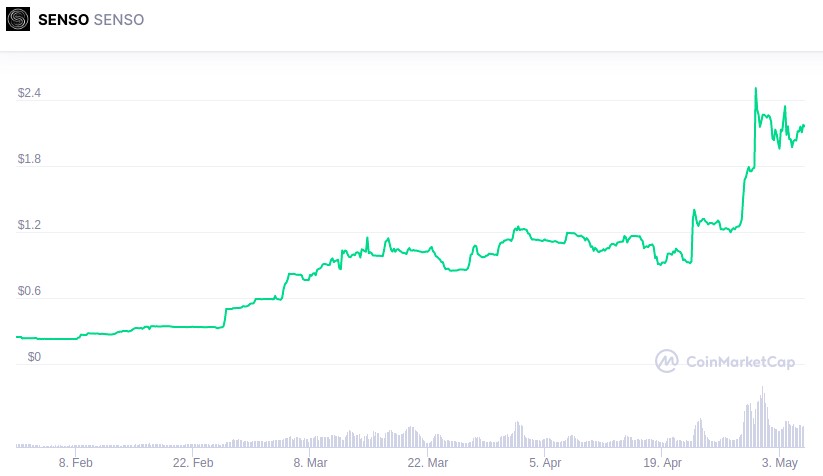 The use of AI is as important an aspect of the Sensorium Galaxy digital metaverse as blockchain. Most of the characters that inhabit the worlds of PRISM and MOTION are controlled by artificial intelligence – and so advanced that it is difficult to distinguish them from real users by their behavior (see. mobile app teaser).

Moreover, the avatar of each real participant will gradually learn and assimilate the communication style and preferences of its owner. As a result, the avatar will become a real double of the participant: the creators of the project even call it digital immortality.

In the past six months, the development of the SENSO and Sensorium Galaxy projects has been moving rapidly. The contracts with famous artists, the release of video trailers and VR demos, the burning of tokens, the release of Light Paper – important news followed one after another. However, this is only the beginning: the publication of a new version of the White Paper is expected in the near future, which will certainly contain many surprises. You can follow the project updates on the official blog.

Is the Fed to blame for the Bitcoin crash? – ForTrader.org financial magazine

GBPUSD is at a Crossroads – ForTrader.org Financial Magazine