Against the backdrop of rising inflation in Russia, the peak of which, according to the leadership of the Central Bank of the Russian Federation, has not yet been passed, the Bank of Russia may at its July meeting increase the key rate by as much as 1%, which would be the sharpest increase since 2014. Analysts’ forecasts for the ruble exchange rate vary – some expect the dollar at 70 rubles, others predict that the mark of 100 rubles will be reached.

How will the ruble react to such a sharp increase in the rate? Nikolay Dudchenko, an independent financial analyst, answered a question from Fortrader magazine.

– One of the key news of this week is undoubtedly the meeting of the Central Bank of the Russian Federation and the decision on the interest rate on Friday 23.07. Let’s try to assess the impact of the event on the national currency rate. The following factors are important to note here:

By the way, the bond yield curve is also an indirect factor confirming the further transition to a restraining monetary policy. If we compare now the yields for 2 and 10 years, then we can see that the curve becomes almost flat (this is especially clearly seen in comparison with the yield curve a year ago). 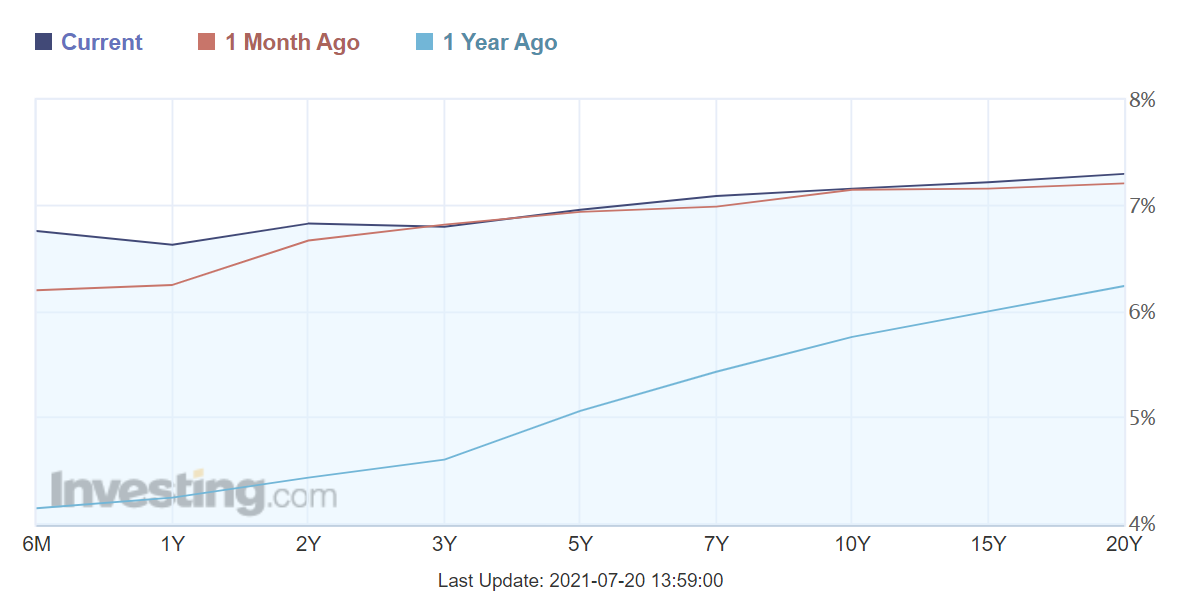 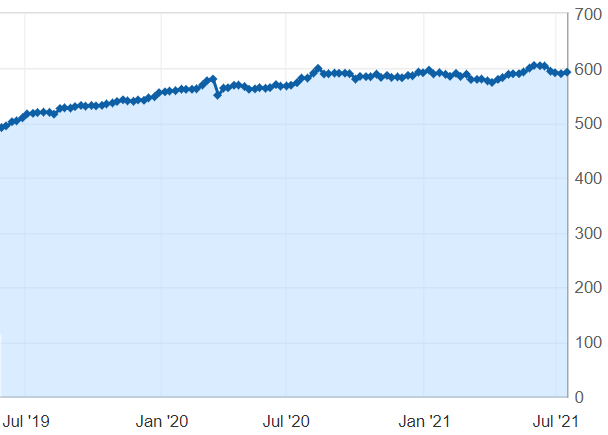 Economists predict that the CBR will increase the rate by 100 bps, i.e. up to 6.5%, but not everyone thinks so. I tend to agree more with the forecasts of experts from Raiffeisenbank, who believe that the increase will occur by no more than 50 bp. One of the reasons is a certain optimism from the Central Bank itself about a good harvest in August-September.

Let’s talk about the reaction of the Russian ruble. Considering the fact that the price now includes a 1% rate increase, upon the news release the “sell on facts” rule may work, and the market may move backwards (after a short-term strengthening, the ruble will be sold). If the Central Bank makes a softer decision and the rate is raised only to 6%, then the market will understand that it has overestimated the currency, and the Central Bank is indeed looking at inflation more optimistically, which, most likely, may again lead to a fall in the ruble exchange rate.

From a technical point of view, for the USD / RUB pair, everything is quite simple so far: the corridor is between the levels 74 – 75. My view of the Russian ruble is rather moderately optimistic – the dollar’s exit above the level of 75 seems to me now more likely than a drawdown to lower levels. However, I do not believe in extremely high USD levels. The most realistic target in the near future is the level of 80 rubles. for the American dollar.