On Monday, trading opened with a gap up, and during the first hours it was closed. Then the upward movement continued and the price rose to the level of 522.4. The close was near historic highs. The technical picture indicates the continuation of the up-trend towards the medium-term target in the area of ​​548-560.

In the coming days, I expect the resistance to pass 524 and then a pullback back to test the strength of buyers. Until there is a breakdown and consolidation of the daily candle below 505, the base scenario is continued growth.

The price is above the moving averages EMA and SMA. On the 4-hour chart, the RSI curve is in the overbought zone near 73 pips. There are no divergences from the chart on the RSI and MACD indicators. Technical factors point to the emergence of overheating, but there is still room for growth. 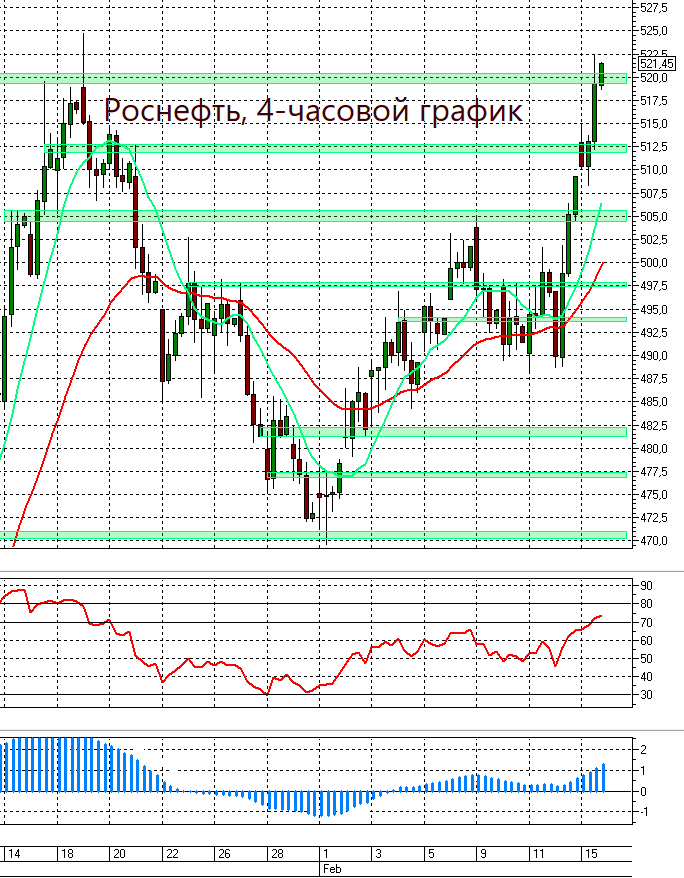 The external background is positive in the morning. S&P 500 futures are up 0.6%. Asian indices are trading in the green. Brent crude is up 0.5%. The current situation suggests that if the background persists, the opening of trades in Rosneft shares will be higher than the closing level of the previous session.

Rosneft is the first oil company to return to pre-February-March sales levels. Rosneft has gained 51% since the lows of November.

The RSI curve is under the overbought zone near the 69 point mark, the MACD histogram does not show any divergences with the price movement, which indicates that there is a reserve of buyers’ forces for further growth.

The weekly candlestick fixed above the level of 494, which indicates the continuation of the upward trend.

If at the end of the week the securities consolidate below the level of 494, there is a risk of a decline to support 464. 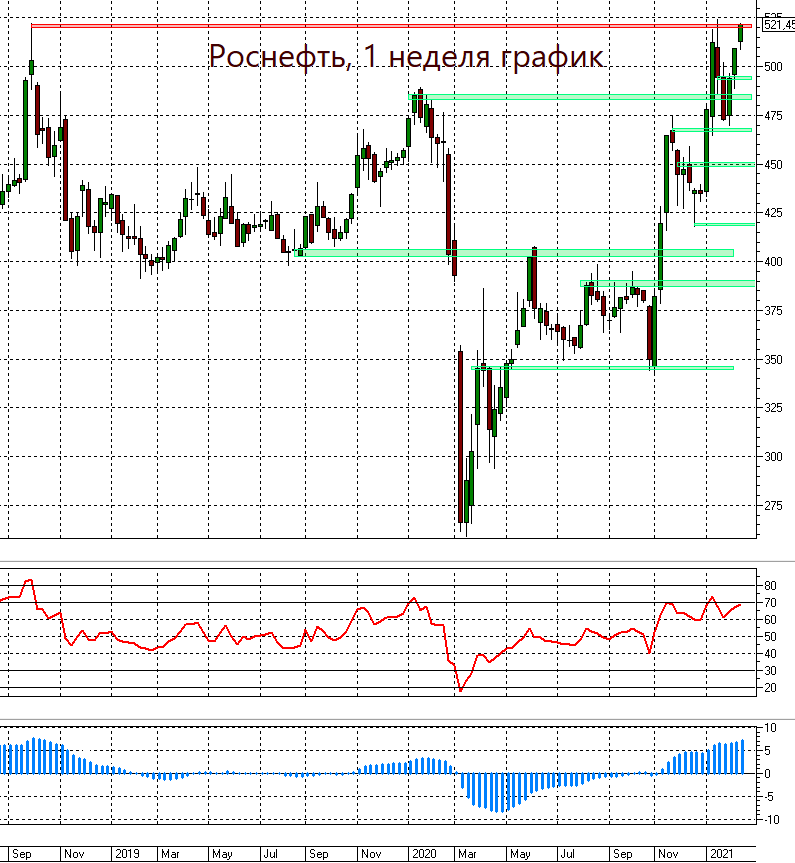