In the previous trading session, Rosneft shares rose 0.84%. The closing price was 516.5 rubles. The securities were trading at the market level. Trading volume amounted to 5.5 billion rubles.

On Monday, Rosneft’s quotes began trading with a decline to the support level of 505. The price could not break it, followed by an increase to local maximums at around 519. There are no technical signals for a correction. Papers continue their upward movement.

The technical picture points to growth targets in the area of ​​548 with intermediate resistance at around 520. Quotes approached the first target – 520. I believe that for further movement to the level of 548, a correction is needed in the area of ​​470–478 – the buyers control zone. If these boundaries hold and the stock remains above the 478 level, the uptrend will continue.

There is a risk of a smaller correction to the support level 484 and a rebound from it with further growth – without a hike in the area of ​​470–478.

Until a breakdown and consolidation of the daily candle below the level of 505 occurs, the correction with local targets at 484 and 478 is postponed.

On the 4 hours chart, the RSI curve is in the overbought zone around 82 pips. Bearish divergences are seen on the RSI and MACD indicators. The price is above the moving averages SMA and EMA. Most of these factors indicate an excessive rally in stocks. A potential decline will discharge the oscillators and create a headroom for further growth. 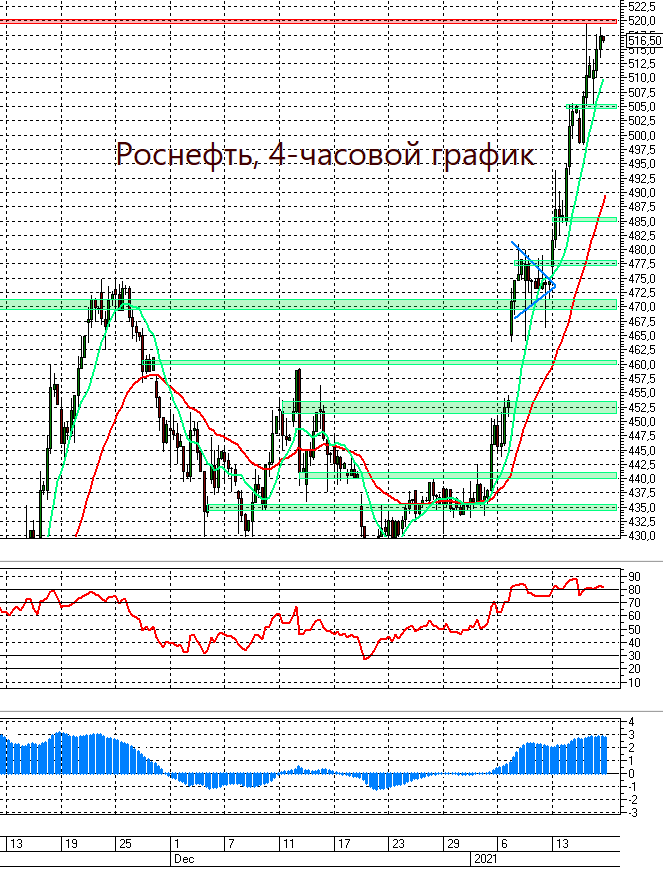 The external background was moderately positive in the morning. S&P 500 futures are up 0.5%. Asian indices are trading mostly in the green zone. Brent crude is up 0.4%. The current situation suggests that if the background persists, the opening of trading in Rosneft shares will be higher than the close of the previous session.

Rosneft is the first oil company to return to pre-February-March sales levels. Rosneft quotes have risen 40% since November lows.

The RSI curve is in the overbought zone at around 74 p., The MACD histogram does not show any divergences with the price movement, which indicates that there is a reserve of buyers’ forces for further growth.

In my opinion, the price movement formed in early November tends to the area of ​​520-548. The global growth target is at 620.

If the securities close below 485 this week, the next important level of 470 may become the target of the fall. 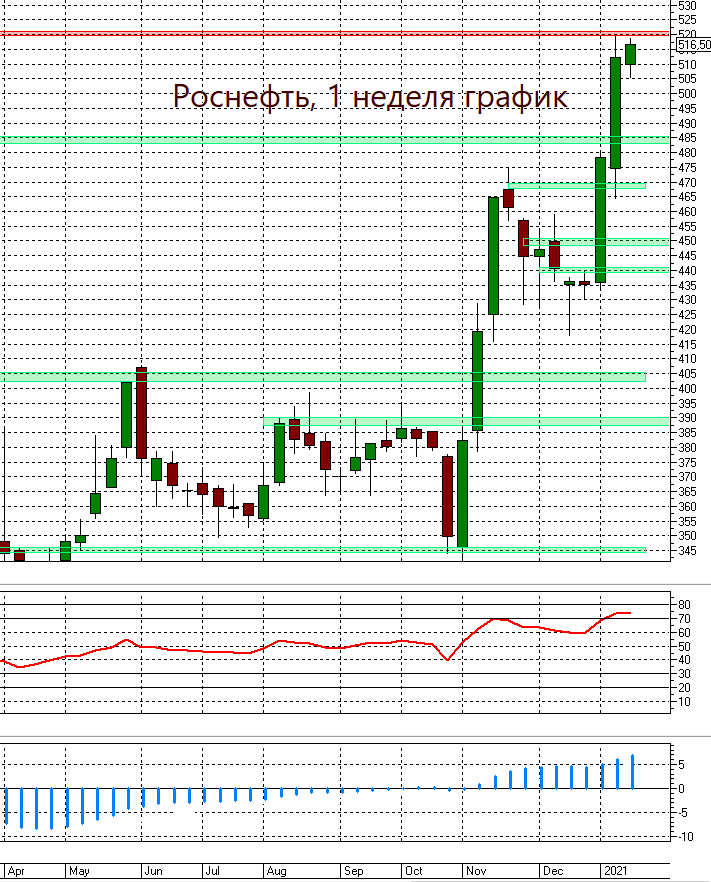 Special markings are offered for fake sites in the browser