Rosneft shares gained 0.8% in the last trading session. The closing price was 556.5 rubles. The paper traded better than the market. Trading volume amounted to 3.4 billion rubles.

On Wednesday, securities opened with a gap down and fell to the support level 545, and it held out. After that, the price tested the resistance level 560, but it didn’t work out the first time. At the end of the day, the securities were traded under the 560 area, which may indicate a repeated breakout attempt today.

The formed movement indicates the continuation of the upward movement with the targets: 568 – strong resistance on the daily chart and zone 582-587 – renewal of the March high. Re-consolidation of stocks above the 552 resistance line helps this scenario.

On the daily chart, the price is above the 50-day moving average, 4 hours above the 200-day. On the 4-hour chart, the RSI curve is in the neutral zone near the 62 point mark. There are no divergences from the chart on the RSI and MACD indicators. These factors are on the side of buyers and favor the continuation of the up-trend. First of all, we look at the development of support and resistance levels: 560 and 552.

What to do? Current prices are interesting for building up long positions. The take profit benchmark has been updated in the 582–585 zone. Until the price has consolidated on the daily chart below the support level of 545, the initiative is on the upside. 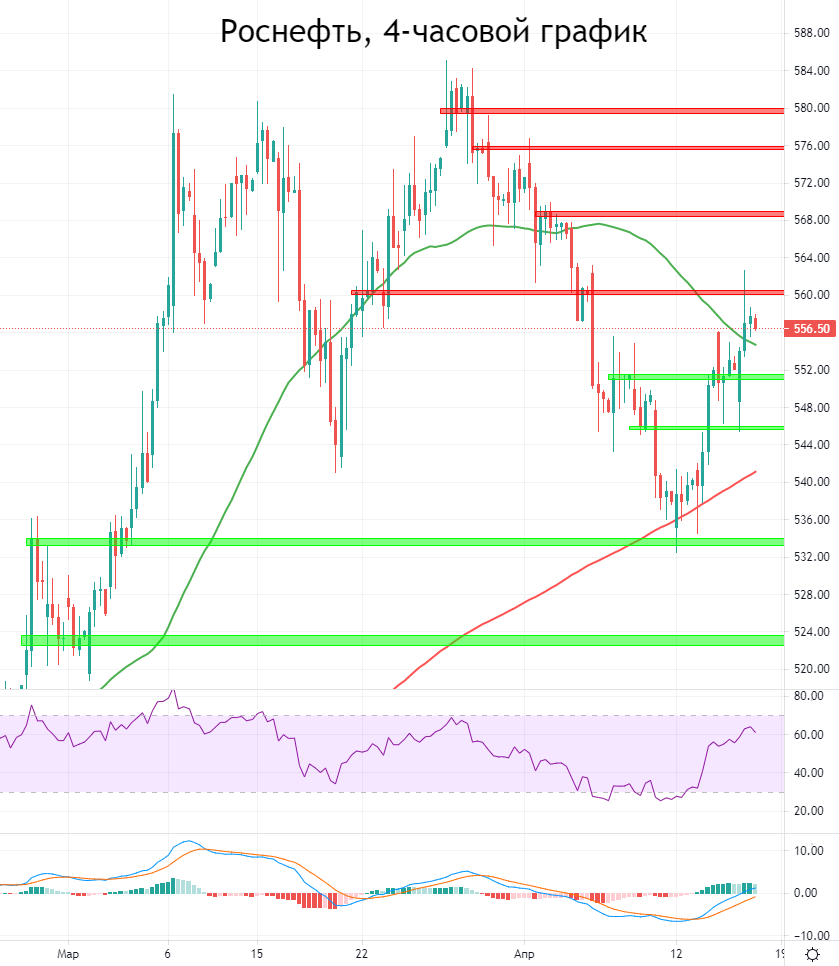 The external background is neutral in the morning. S&P 500 index futures are down 0.1%. Asian indices are trading mostly in the green zone. Brent crude is traded near 0. The opening of trades in Rosneft shares will take place near the closing level on Thursday.

Rosneft is the first oil company to return to levels seen before the February-March sale. Since the lows of November 2020, Rosneft quotes have risen by 69%.

The formed movement achieved medium-term growth targets in the 548-560 area. There is still a global growth target of 620-650.

The weekly candlestick is below the 560 level, which indicates the risks for the uptrend continuation and a possible correction to the 520 level. 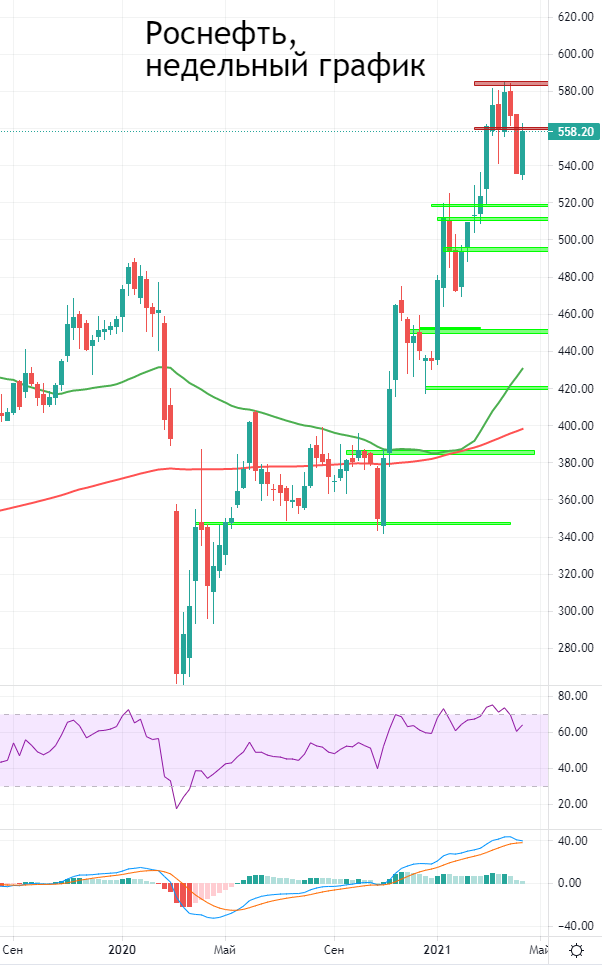