At the previous trading session, shares of GMK Norilsk Nickel fell by 5.26%, closing at 22,846 rubles. The paper looked worse than the market, which added 0.15%.

Norilsk Nickel’s shares tumbled on Tuesday on news of the consequences of the accident at the Oktyabrsky and Taimyrsky mines. The company said it plans to resume work on them within 3-4 months. The expected volume of production dropout relative to the previously approved annual plans will amount to about 35 thousand tons of nickel, 65 thousand tons of copper, 22 tons of platinum group metals.

The forecasts outlined by the company assume the disposal of 15-16% of the projected nickel production for 2021, 16-17% of copper and 22-23% of platinum group metals. This is a significant amount, so there was a negative reaction in stocks.

In the short term, the volatility in the paper will remain elevated. With a breakdown of 23,000 rubles. the technical picture has deteriorated. It is not excluded that the securities in the framework of an emotional reaction may drop to 22,000 rubles.

There are more optimistic expectations in the medium term. The company previously noted that the accident would entail material consequences – this is already largely included in the quotes. Moreover, the presented estimates did not justify the most negative forecasts, and the appearance of clarity on the timing of the restoration of work should have a positive effect on the sentiment in the paper, as soon as the first reaction is digested.

On the daily timeframe, a bearish stochastic signal is realized, but before the breakdown of 22,000 rubles. the technical picture is predominantly neutral. You should closely monitor the security in the coming days – if the support is 22,000 rubles. will stand, or the rebound will begin earlier, there is a possibility of reversal formations. These signals can be used to open long positions with a short stop loss. 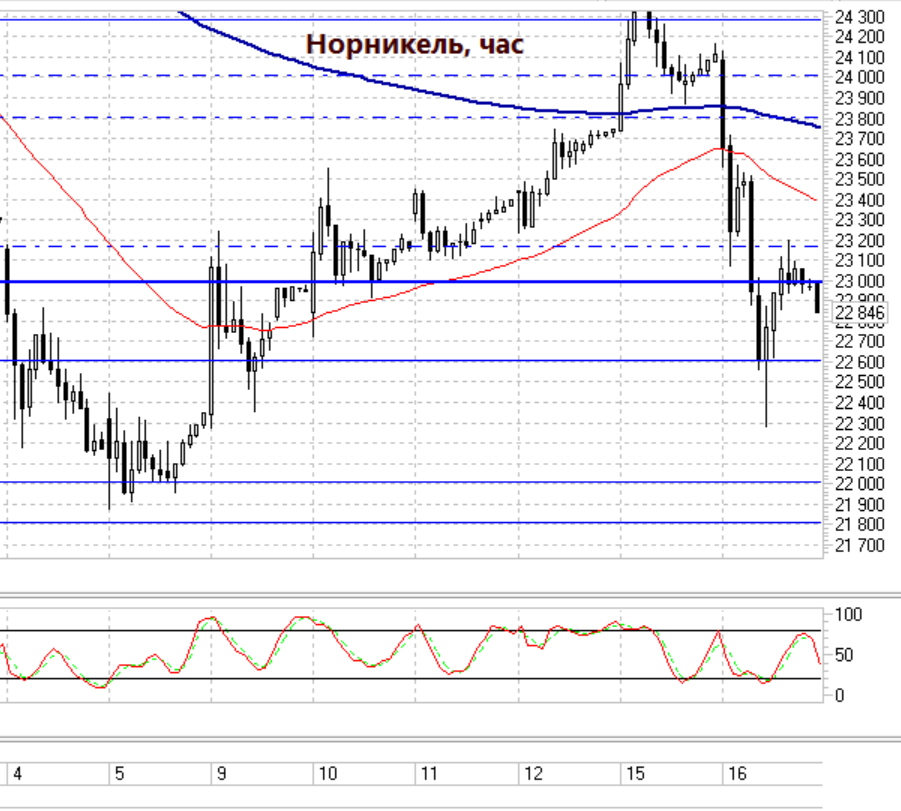 The external background is mixed this morning. American indices were slightly lower after the close of our main session on Tuesday. Asian markets are trading in different directions today and do not show uniform dynamics. Futures on the S&P 500 index are down 0.1%, Brent oil is in the red by 0.2% and is near the level of $ 68.2. All this suggests that if the external background persists, the opening will take place near the previous day’s close.

The trend indicators on the weekly timeframe are now looking up. But the rollback that began on the weekly chart overlaps the previous wave of growth – a negative pattern.

The diagonal trend support, located at about 24,300 rubles, was broken down. A decline below this mark may have pushed back the scenario of renewal of historical highs. As part of the current correction, the first target is 23,000 rubles. worked out, quotes found support in the area of ​​previous local peaks – about 22,000 rubles.

The first estimates of the consequences of the accident, presented by the company on March 16, led to a drop in quotations by more than 5%. Nevertheless, the announced plans gave an idea of ​​the volumes of production decline, and the negative was in many ways already incorporated into the dynamics of the securities. As the first reaction to the news is digested, as well as the progress of work to restore the work of mines, Norilsk Nickel shares may begin to rebound. 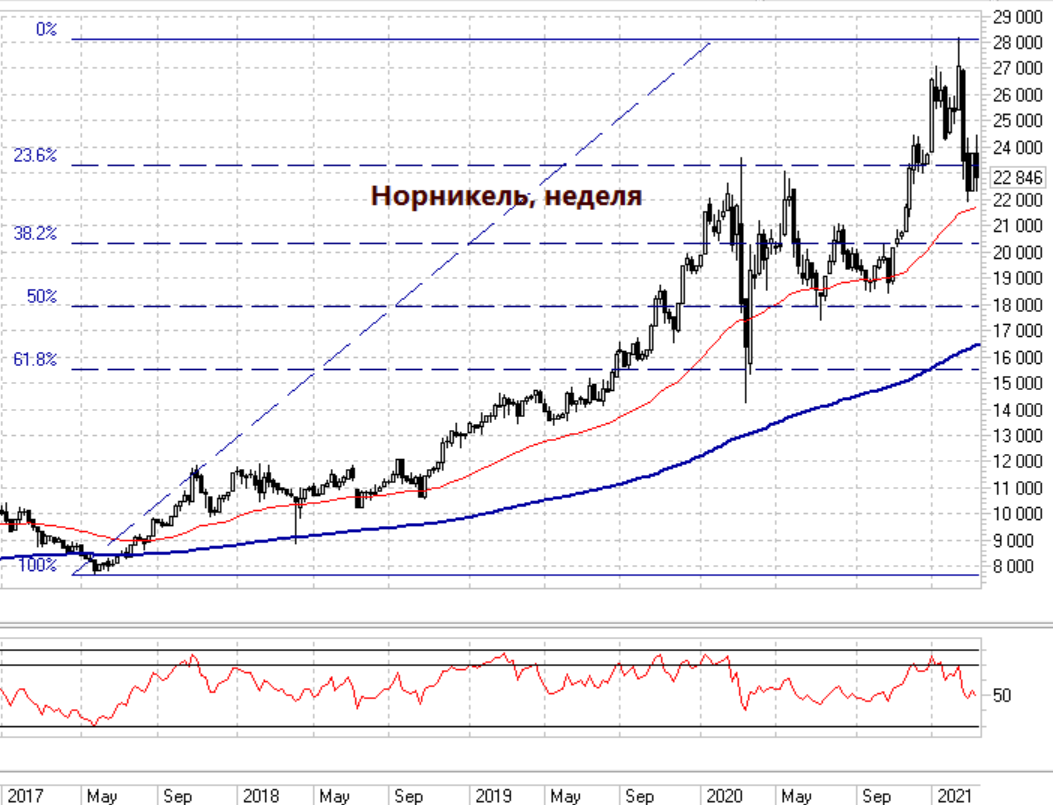 EURUSD activity declined ahead of the Fed meeting