At the previous trading session, shares of GMK Norilsk Nickel dropped by 1.38%, closing at around 26,172 rubles. The paper looked at the level of the market, which lost 1.16%.

In the first half of trading on Friday, Norilsk Nickel shares continued to decline amid weak market sentiment. At the moment, the quotes almost reached the level of the 200-period moving average on the watch, but by the end of the day some of the losses were won back.

The short-term technical picture is neutral. The bulls under the pressure of an unfavorable external background could not break through the upper border of the side – 26,600 rubles. The lower border of consolidation is in the region of 25,400-25,600 rubles, but even higher is the 200-period moving average, which can act as a good support for shares. Until its breakdown or breakdown of one of the lateral consolidation boundaries, it is difficult to expect large-scale movements in the paper.

On the mid-term horizon, sellers’ forces prevail. On the daily RSI timeframe, there is a noticeable bearish divergence, and the oscillator itself has come out of overbought conditions. The weekly interval is overheated, but there are no signals for a deeper correction yet. Thus, under the circumstances, the development of a bearish scenario looks more likely in the coming weeks. Nevertheless, it is too early to draw final conclusions, a breakdown of RUB 25,400 may become a more reliable signal for a deepening correction. 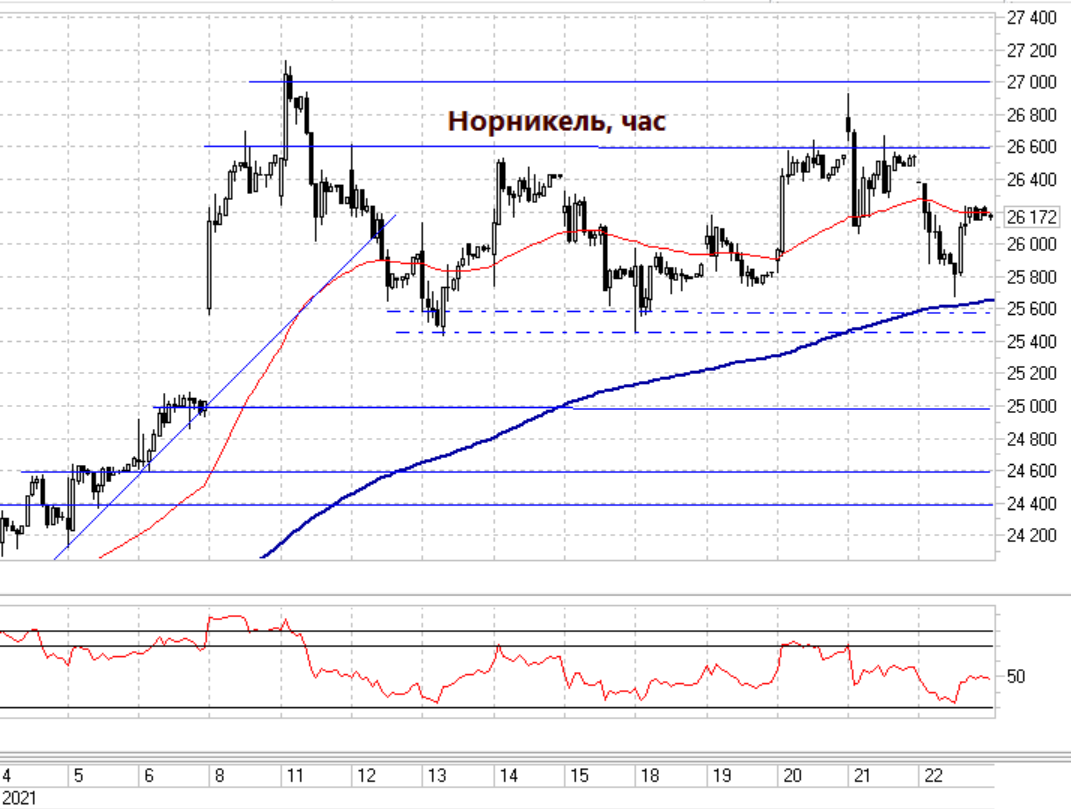 The external background is neutral this morning. American indices after our close on Friday remained at about the same levels. Asian sites are currently trading mainly in positive territory. Futures on the S&P 500 index are growing by 0.4%, Brent oil is in the red by 0.1% and is near the level of $ 55.3. All this suggests that if the external background persists, the opening will take place near the previous day’s close or slightly higher.

Since 2009, Norilsk Nickel shares have been in a big up-trend. Growth impulses alternate with periods of sideways consolidation, drawdowns are quickly redeemed, indicating the strength of the trend. The last period of prolonged sideways consolidation was observed from the beginning of 2015 to November 2018. Quotes came out of another sideways upward trend, and since then the shares have grown by about 1.5 times, supported by the growth in prices for key Norilsk Nickel products.

The threat of the spread of coronavirus led to a large-scale decrease in quotations in March 2020. At the end of May, an accident occurred at the TPP-3, owned by Norilsk Nickel. Due to the incident, the shares rolled back again, laying the risks of significant financial consequences for the company. As a result, the papers were again in the wide saw.

In November 2020, a new wave of growth began, within which development received another powerful impetus for growth – all-time highs were updated. Despite the local overbought, the long-term outlook on the securities is generally positive. 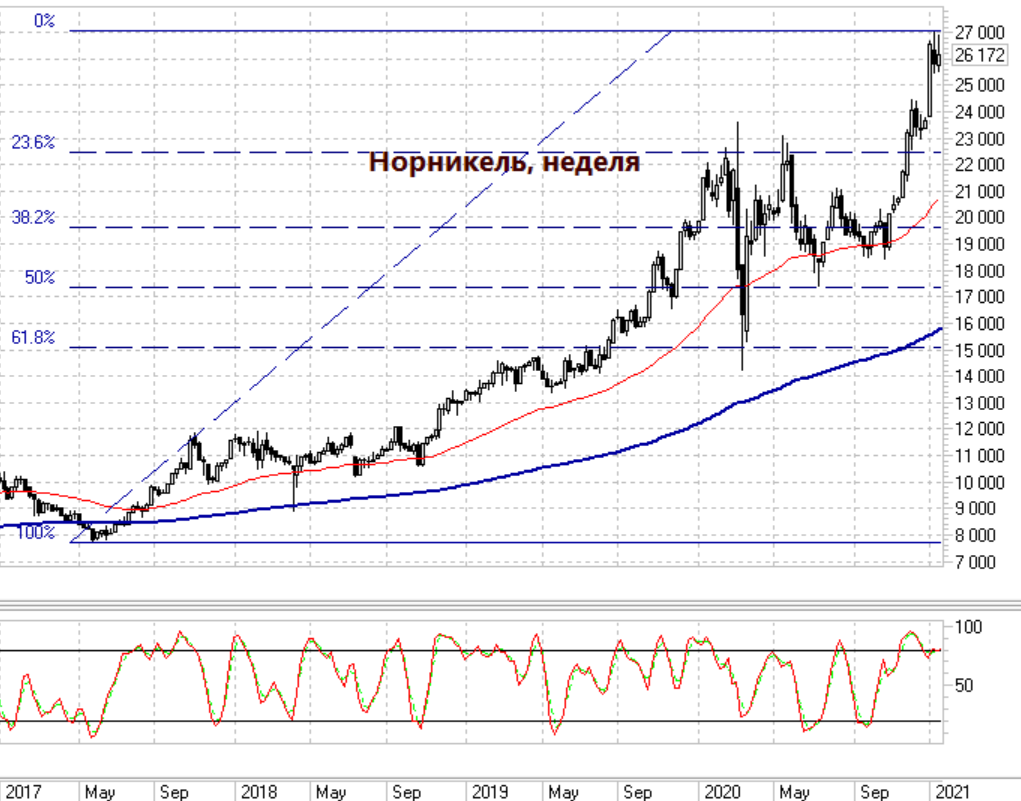