At the previous trading session, shares of GMK Norilsk Nickel showed zero dynamics, closing at around 27,352 rubles. The paper looked worse than the market, which added 1.33%.

At the beginning of the trading session on Tuesday, Norilsk Nickel securities tried to develop an upward movement supported by favorable sentiment on the Russian market. Nevertheless, the activation of bears near 27,500 rubles. did not allow to develop the rise – the shares ended the day at the close of Monday.

Thus, the lateral side is preserved. At the top, the border is 27,500-27,550 rubles, at the bottom, 27,100 rubles. and 27,000 rubles. This morning, the external background hints at the possibility of a decline. At the same time, the weakness of securities in yesterday’s session may give the shares more stability today. Breakdown 27 100 rubles. not expected. Oscillators on the watch in terms of consolidation remain at neutral positions.

The most likely scenario for a sideways exit is an upward breakout. This has already happened many times in the framework of the global growing trend of Norilsk Nickel. The growth targets in this case will be 28,000 rubles. and 28,200 rubles.

On the daily interval, there are no unambiguous signals on the indicators, the volatility in stocks has fallen. On the weekly timeframe, the stochastic remains in the overbought zone, but does not give any signals to decline. 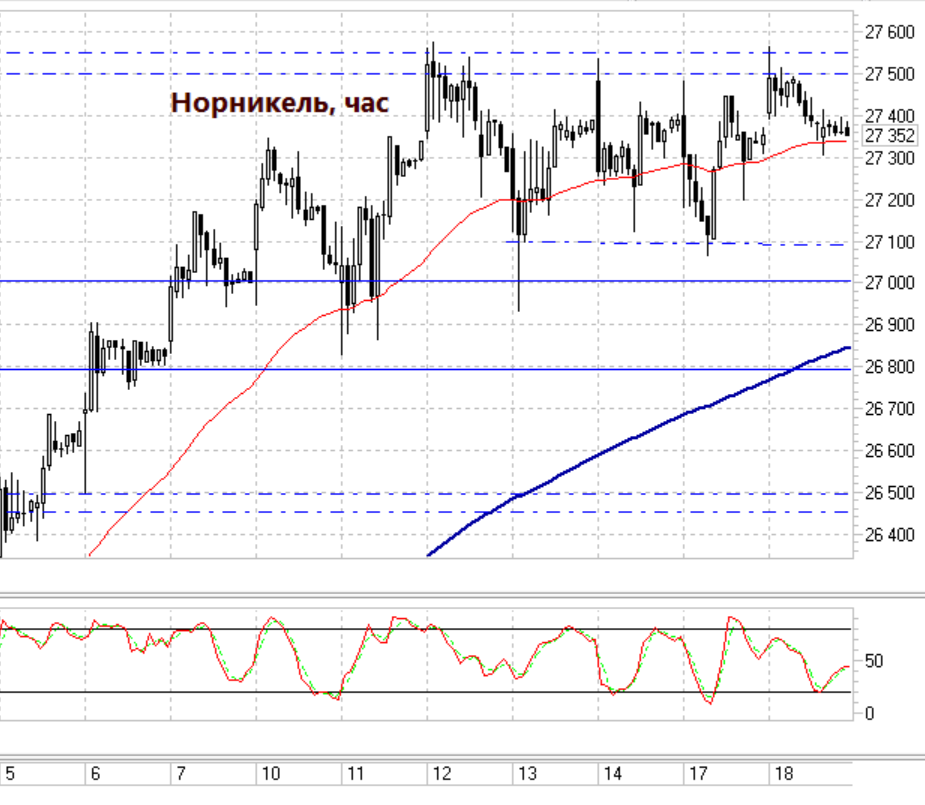 The external background has been negative this morning. American indices were down after the close of our main session on Tuesday. Asian markets are trading mostly in negative territory today. Futures on the S&P 500 index are down 0.3%, Brent oil is in the red by 1% and is near the level of $ 68. All this suggests that if the external background persists, the opening will take place near the previous day’s close or slightly lower.

In the first half of April, Norilsk Nickel announced that work at the Oktyabrsky mine had resumed. This became a positive driver for quotes. Thus, the risks of disruption in terms of restoration of work were greatly minimized. In addition, the company announced the launch of a $ 2 billion buyback. The buyback factor may support Norilsk Nickel shares until mid-June.

On the positive news, the upper limit of consolidation was broken since the end of February – 24,500 rubles. With its breakdown, the technical picture improved, and a month later the first target of growth by 27,000 rubles. has been achieved. After that, the consolidation, which is classic for the growing trend of Norilsk Nickel, began. The exit from it most often occurs upwards, now this option is also the most probable. 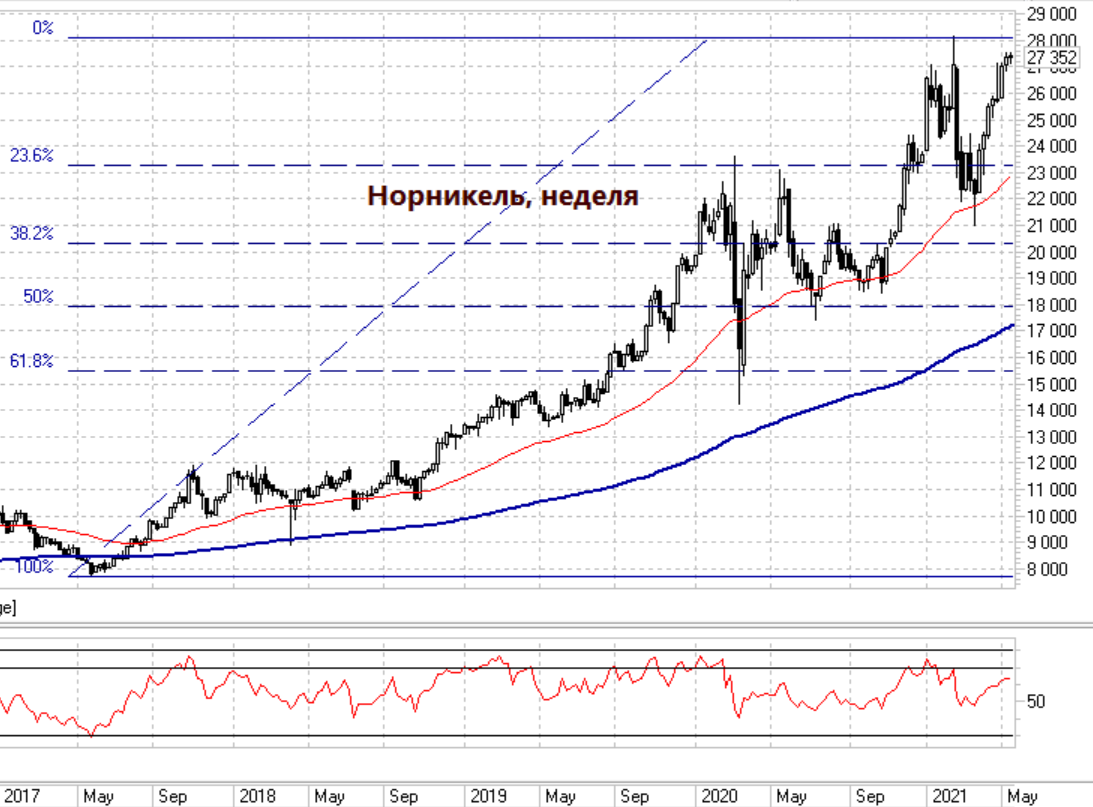 a jump in inflation is temporary