At the previous trading session, shares of MMC Norilsk Nickel rose by 0.45%, closing at around 27,388 rubles. The paper outperformed the market, which lost 0.46%.

At the opening of the trading session on Thursday, the sellers made an attempt to develop the downward movement. At the moment, the quotes pierced 27,000 rubles, but soon the drawdown was bought out, the securities closed in positive territory.

The short-term technical picture has improved somewhat, the stochastic sell signal on the watch is ignored for now. The bulls again took the initiative into their own hands, the corrective pullback was interrupted. The last local minimum was higher than the previous one, which indicates the relevance of the growing trend. At the same time, before the breakdown of the last top by 27,550 rubles. there is a likelihood of securities going sideways in the range of 27,000-27,550 rubles. If the bulls are still able to take the mark in the next couple of days, the growth targets will shift to 28,000 rubles. and 28,200 rubles.

It is important for sellers to break below the previous minimum by 27,100 rubles, and then break 27,000 rubles. and 26 800 rubles. Only in this case the growing trend from the beginning of May will be broken. Now this scenario is less likely than a continuation of the rise or sideways consolidation. 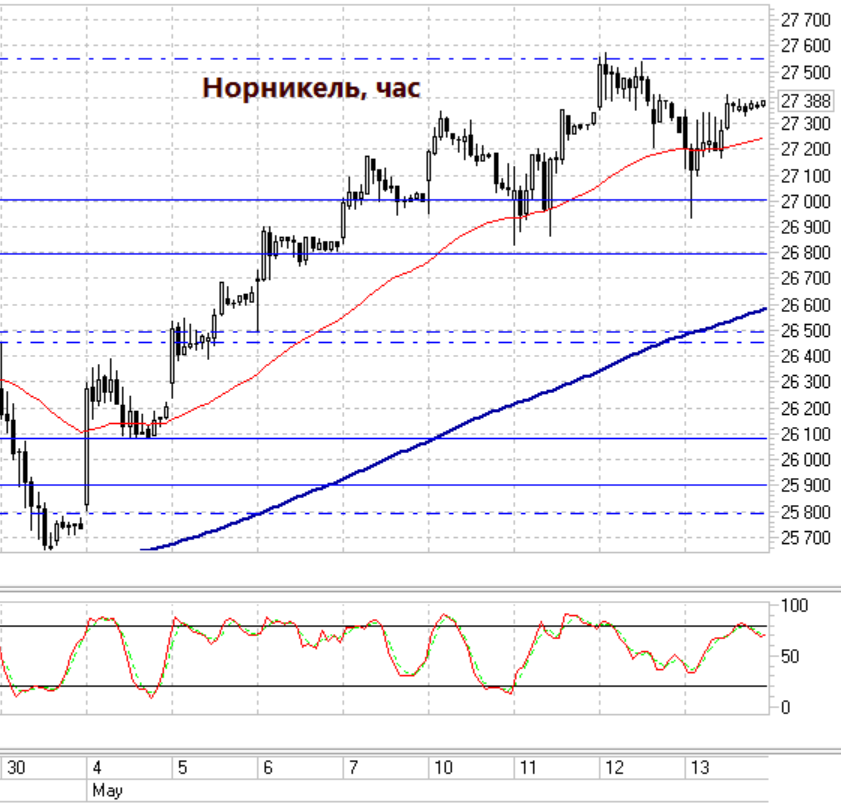 The external background is mixed this morning. American indices remained at about the same levels after the close of our main session on Thursday. Asian markets are trading in negative territory today. Futures on the S&P 500 index are up 0.5%, Brent oil is in the red by 0.4% and is near the level of $ 66.8. All this suggests that if the external background persists, the opening will take place near the previous day’s close.

On the positive news, the upper limit of consolidation was broken since the end of February – 24,500 rubles. With its breakdown, the technical picture improved, and a month later the first target of growth by 27,000 rubles. has been achieved. Depending on whether the bulls will be able to gain a foothold above this level, the possibility of updating historical tops will depend. 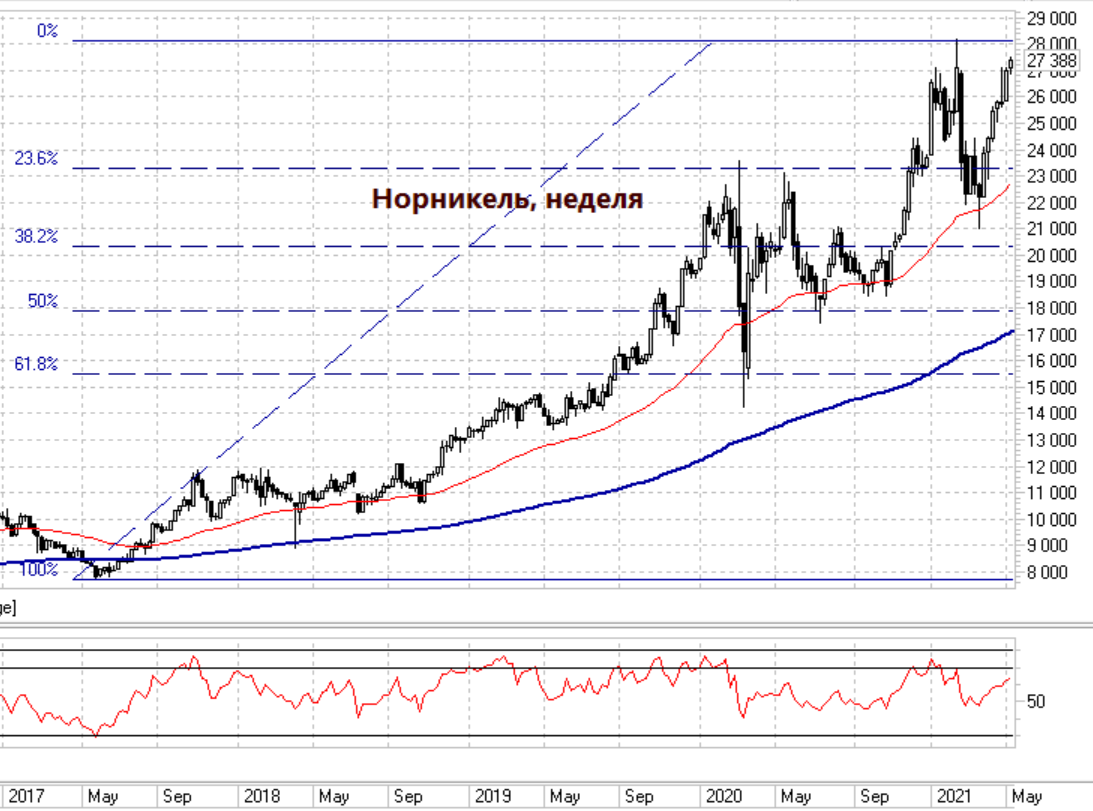 Bears in GBPUSD are trying to seize the initiative