At the previous trading session, shares of GMK Norilsk Nickel fell by 2.32%, closing at around 26,326 rubles. The paper looked worse than the market, which lost 0.62%.

Since the start of trading on Wednesday, Norilsk Nickel shares have tried to overcome the level of 27,000 rubles. up, but to no avail. Activation of bears took the paper below the levels of 26 450-26 500 rubles, which are now the nearest zone of resistance.

The rollback of quotes occurred after a strong growth on the news about buyback. Since the buyback is planned to be carried out within the framework of the offer, the support for the demand for securities may not be as strong as when purchasing shares from the market. At the same time, the redemption should still support the quotes – until the completion of accepting applications for participation in the buyback, shares can hold out better than the market.

The technical picture is mixed. On the one hand, this morning there is a favorable external background for the breakdown of 26,450-26,500 rubles. up. This would allow the securities to retest the key level now – 27,000 rubles. On the other hand, daily oscillators support bears. RSI and stochastic give signals to sell, the target of decline may be the area of ​​25,800-25,900 rubles.

On a weekly interval, the situation is alarming. Stochastic plays on the side of sellers, and the candlestick formation, when closing the week at current levels or below, will have a pronounced bearish character. 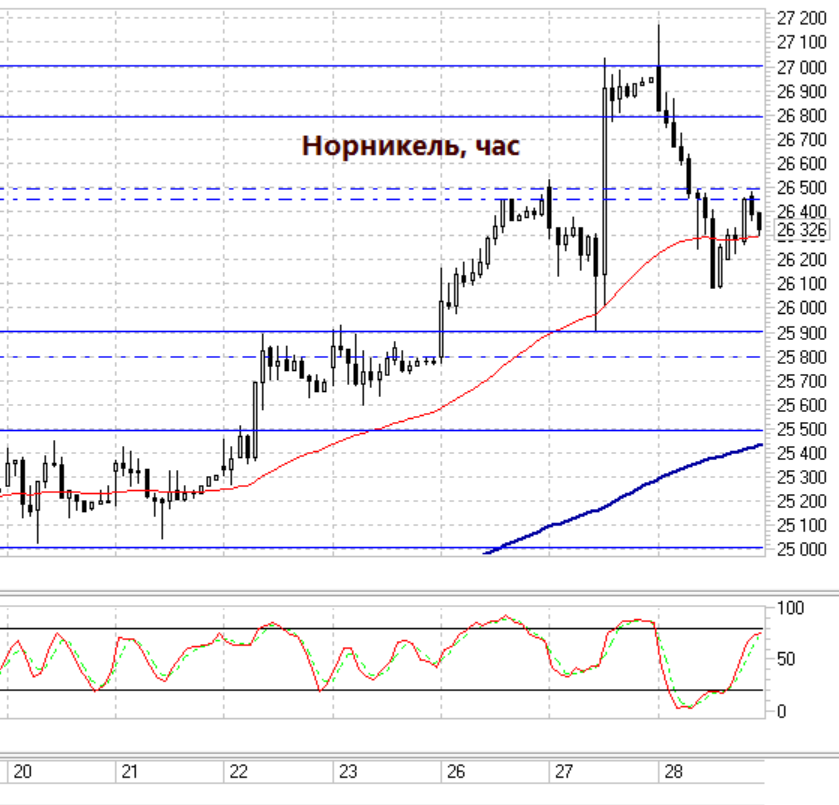 The external background is moderately positive this morning. American indices after the close of our main session on Wednesday remained at about the same levels. Asian markets are trading in different directions today and do not show uniform dynamics. Futures on the S&P 500 index are up 0.5%, Brent oil is up 0.5% and is near the level of $ 67.6. All this suggests that if the external background persists, the opening will go above the previous day’s close.

Trend indicators on the weekly timeframe look up. The last correctional wave at the end of February was caused by the news about the flooding of Norilsk Nickel mines. Due to the incident, the production plan for 2021 was reduced. However, the successful completion of the second phase of rebuilding work at the end of March and the confirmation of the production plan provoked a rebound. At the moment, the negative driver is largely already included in the prices.

In the first half of April, Norilsk Nickel announced that work at the Oktyabrsky mine had resumed. This became a positive driver for quotes. Thus, the risks of disruption of the terms of restoration of works were greatly minimized. In addition, the company announced the launch of a $ 2 billion buyback. No specific launch dates have been set yet, but the buyback factor should create additional demand for Norilsk Nickel shares by the end of the year.

On the positive news, the upper limit of consolidation was broken since the end of February – 24,500 rubles. With its breakdown, the technical picture has improved, the next growth target can be designated 27,000 rubles. 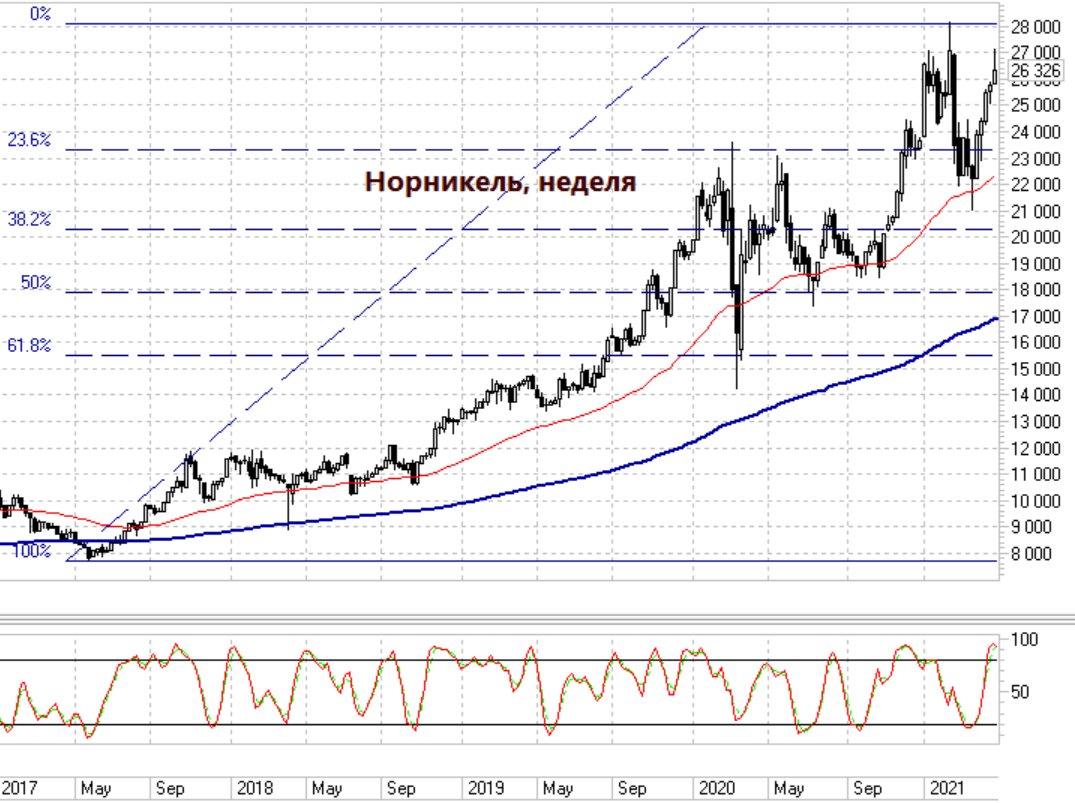