Ford has unveiled an all-electric version of its legendary F-150 pickup truck. President Biden rode it during his visit to the plant. Ford is pinning high hopes on the new product at a price of $ 40,000, promising to make these cars profitable.

Ford (F) on Wednesday officially unveiled the all-electric F-150 Lightning pickup, which could be the new most popular pickup in the United States, given Americans’ love of Ford F-series vehicles.

The company’s new product is expected to arrive at dealerships in mid-2022. You can reserve a place in the queue for its purchase in the USA with a deposit of $ 100.

Ford is in the process of implementing its $ 22 billion electrification investment program by 2025. The No. 2 US automaker is determined to take a large share of the electric pickup truck market in the country, given that it is the best-selling type of vehicle in the country.

The Lightning XLT model, which matches the best-selling petrol version of the F-150, will retail for $ 52,974.

More expensive versions of the F-150 Lightning, including the “Platinum” extended range battery, will retail for around $ 90,000.

GMC’s electric Hummer EVs, manufactured by General Motors, are also due to start shipping in fall 2022, with prices ranging from $ 79,995 to nearly $ 100,000, depending on range and trim.

F-150 Lightning is “simply the best of Ford”

Ford wants to convince Americans that the F-150 Lightning is the best version of an F-150 pickup ever produced.

“The smartest and most innovative truck Ford has ever built,” the company said in a press release.

The F-150 Lightning is powered by two electric motors and a rechargeable battery, which is offered in two versions: with a range of 370 km or 480 km. 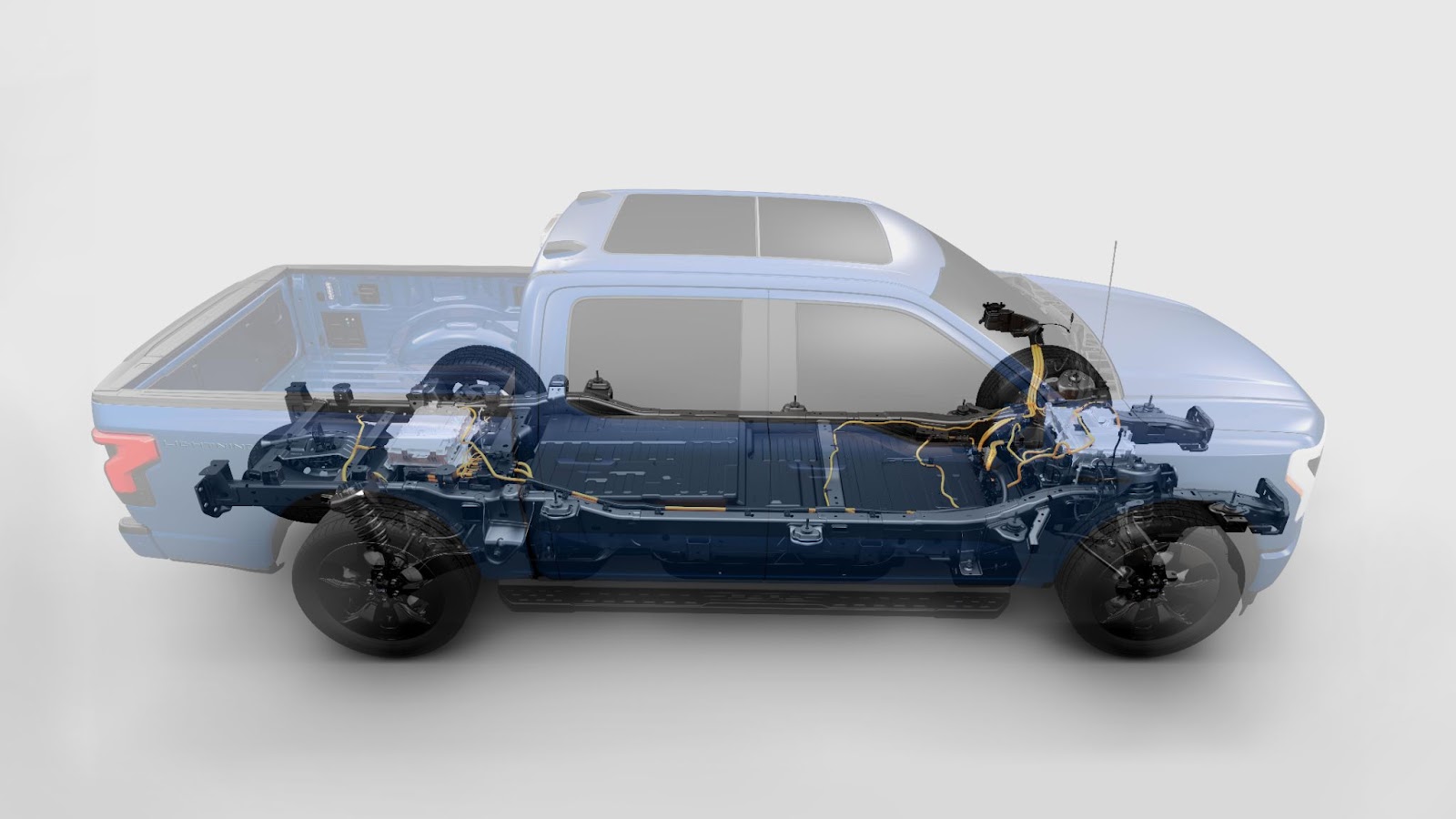 The Lightning battery is bi-directional, which means it can act as a generator to keep your home running during a power outage. Electricity will be available to power tools and charge their batteries in workplaces and campsites. 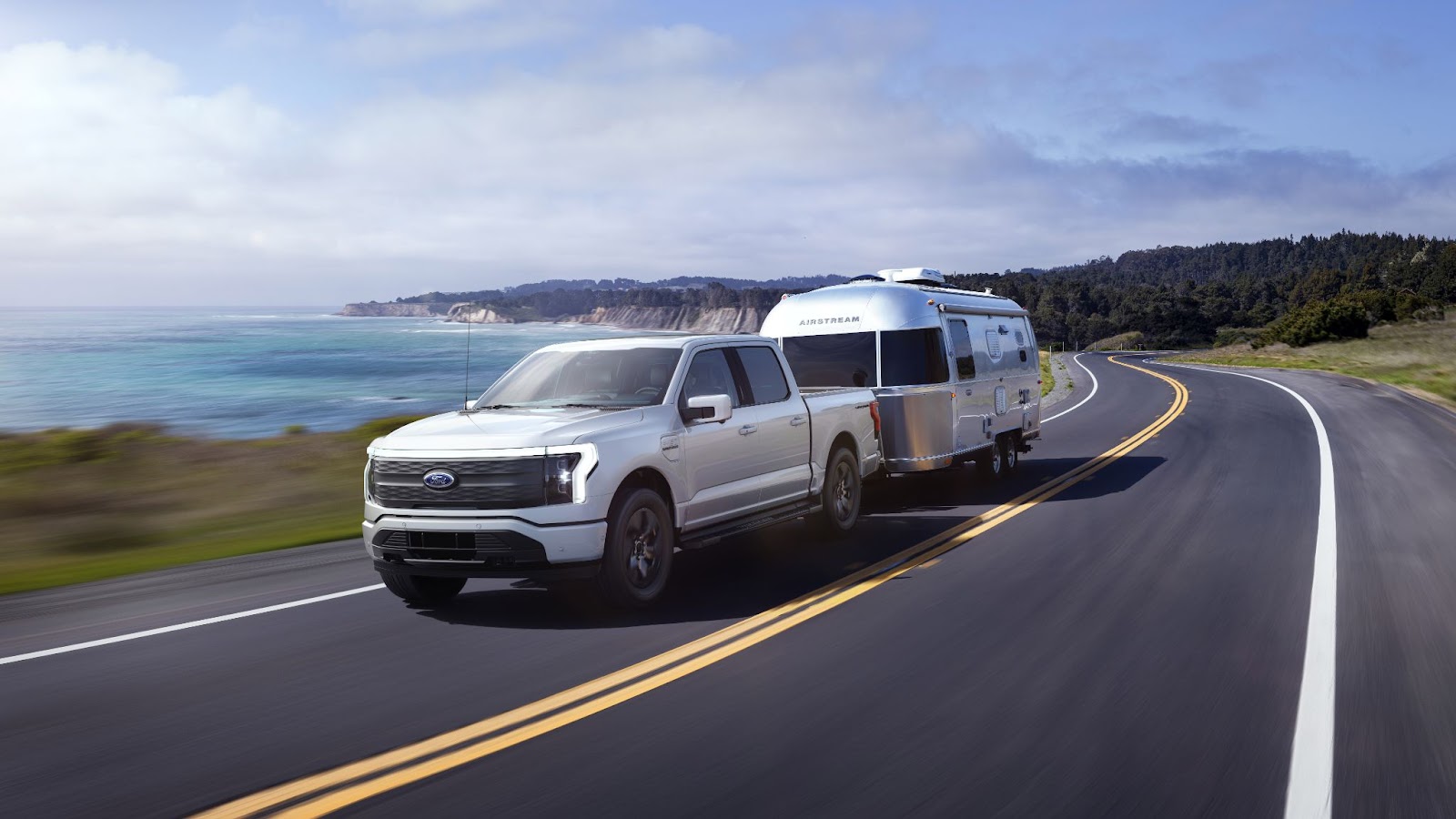 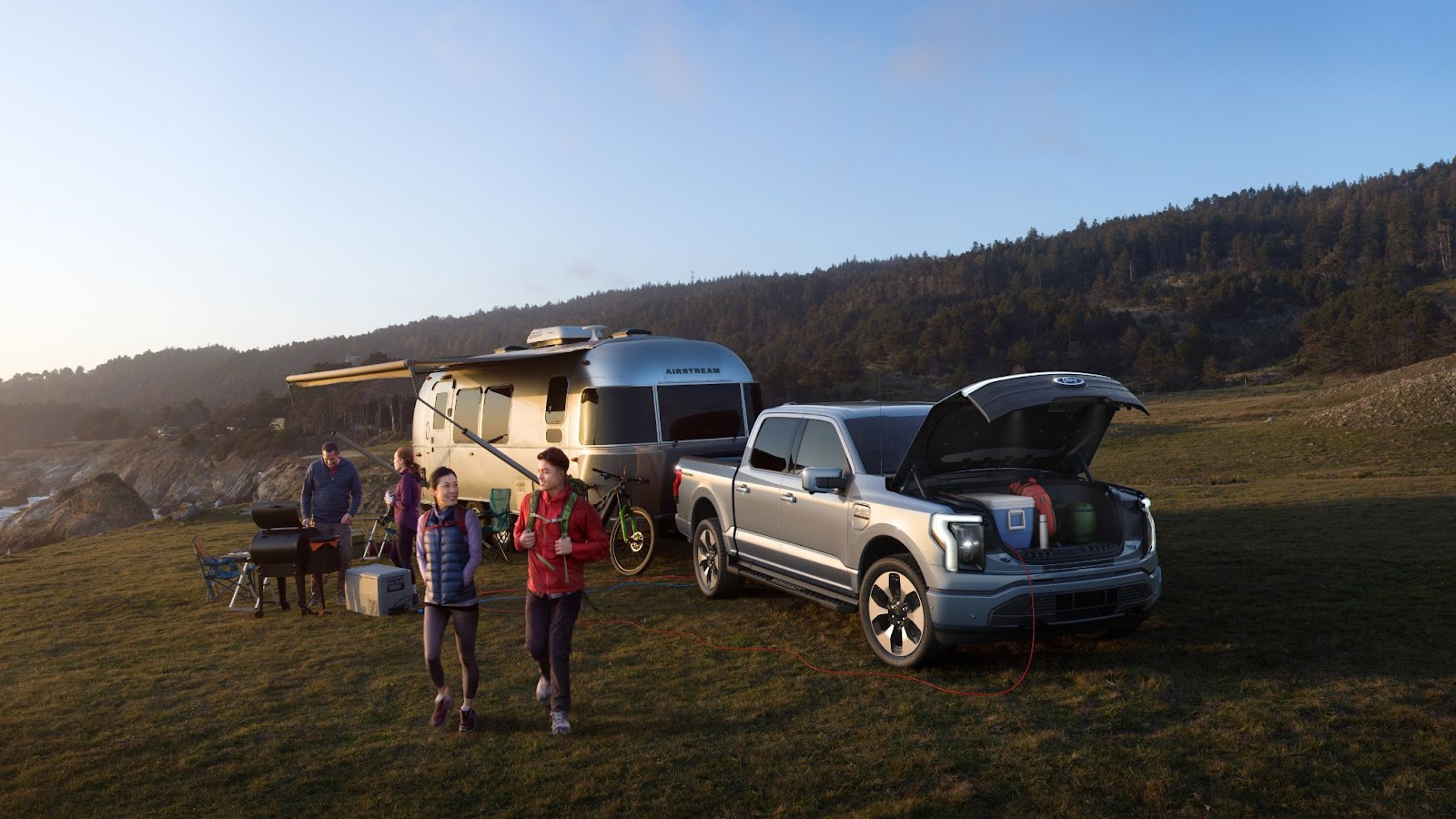 Ford assures that the electric version of the pickup is on par with its gasoline predecessors – it has more instant torque than any F-150, and accelerates from 0 to 100 km / h in an average 4-second range.

All versions of the new pickup are equipped with four-wheel drive and an independent rear axle, which improves ride comfort. Other available features include built-in scales to ensure the vehicle is not overloaded in the pickup or front end

The interior of the new F-150 Lightning is equipped with a huge 15.5-inch touchscreen with a computer system that includes natural voice control, cloud navigation and wireless access to services such as Apple CarPlay, Android Auto, integrated Amazon Alexa and SYNC AppLink. 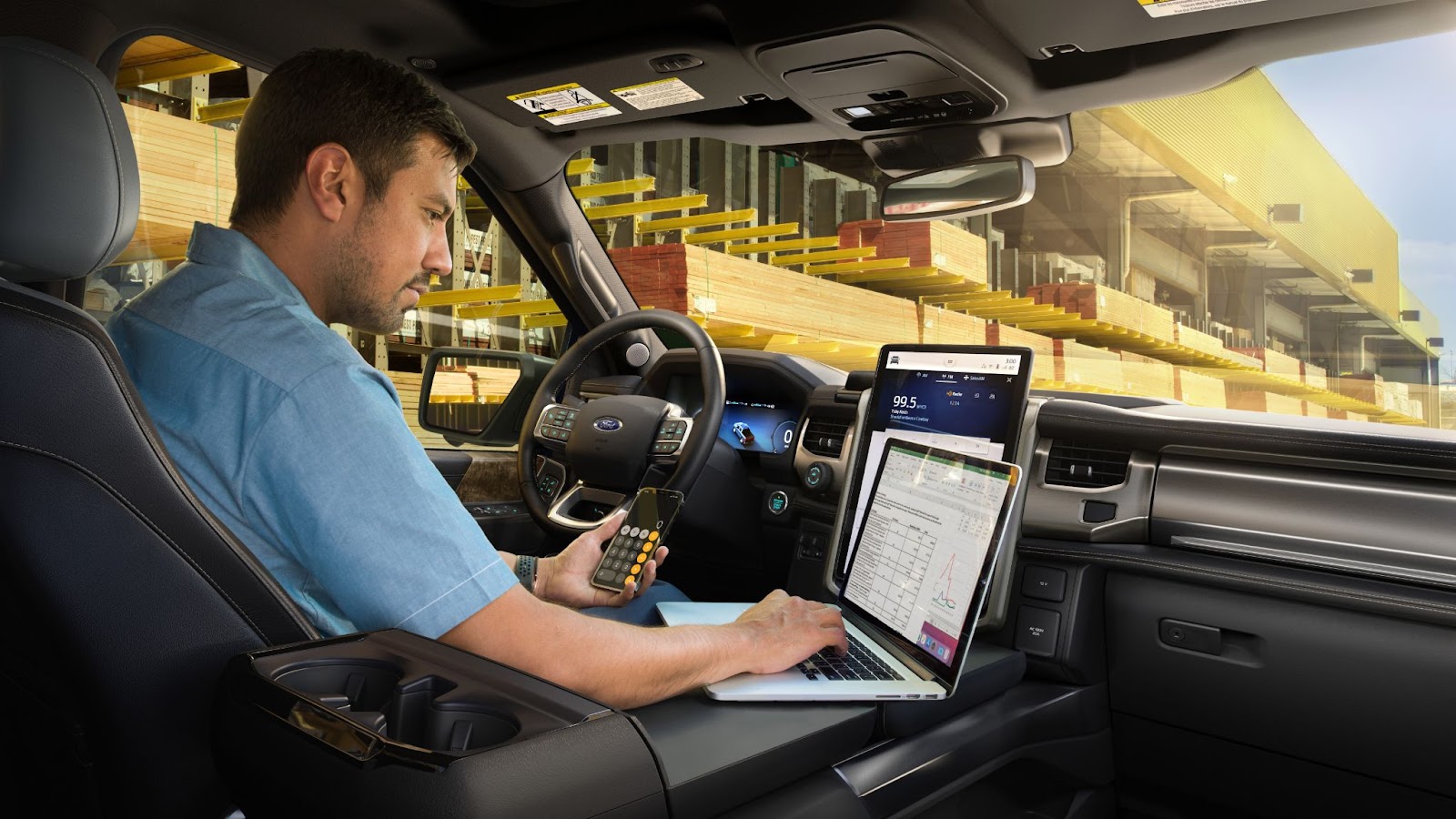 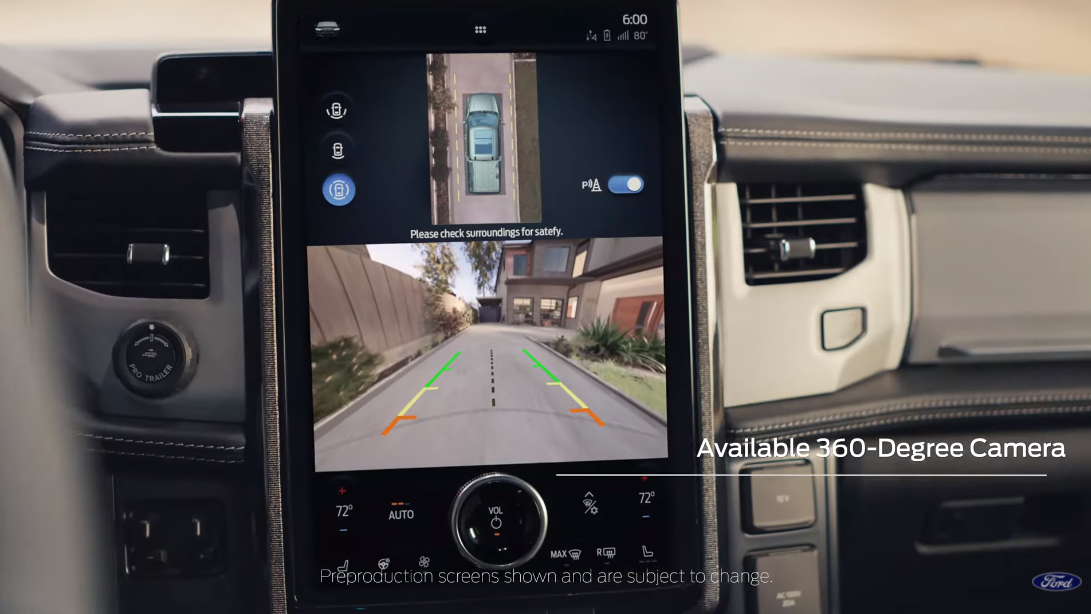 The novelty also received the ability to remotely update the software. The new BlueCruise autonomous driving function is optionally available.

Ford’s bet on the new F-series pickup is more than justified given that sales of these pickups in the US jumped 25% in the first quarter, while overall sales rose just 1%.

Darren Palmer, head of electric vehicles at Ford, said the company expects to profit from sales of the F-150 Lightning and intends to do so through bulk shipments to commercial customers, given that overall consumer demand for electric vehicles remains relatively low.

Expanding and better monetizing fleet sales to municipal and corporate customers is a core focus of the company under the leadership of Ford CEO Jim Farley. This is the segment in which Ford leads the world.

According to Sam Fiorani, head of global vehicle forecasting at AutoForecast Solutions, Ford plans to increase its annual production of electric F-150s to 40,000 vehicles or more starting in 2023.

Chip shortages remain an overshadowing factor for Ford, but President Biden and Democrats in Congress are currently trying to push a major new bill that includes funding for the industry as well as support for electric vehicles in general. Biden said he wants the US to overtake China in the electric vehicle market.