Microsoft shares rose on Wednesday amid news of a $ 21.9 billion contract with the Pentagon to supply an IVAS augmented reality headset based on HoloLens using Azure services for 10 years. After two years of design, Microsoft moves on to manufacture 120,000 devices.

On Wednesday, Microsoft (MSFT) and PEO Soldier, the government agency responsible for testing prototypes, purchasing and equipping equipment for US Army soldiers, announced “an agreement to produce an Integrated Visual Awareness System (IVAS).”

Microsoft announced that the agreement provides for the delivery of more than 120,000 IVAS headsets based on HoloLens technology – glasses with this technology overlay holographic and other data on the real environment.

Until now, HoloLens have been used in construction, healthcare, universities, car manufacturers, and the US space agency NASA.

Microsoft’s contract with the US Army could cost up to $ 21.88 billion and is designed for a period of 10 years.

This is another big win for Microsoft over Amazon (AMZN) after the company won a $ 10 billion cloud deal with the Pentagon in 2019, analysts say. However, this contract has not yet entered into force, as Amazon is challenging the decision in federal court. In February, Pentagon officials told US lawmakers that the Department of Defense could withdraw from the contract if the dispute drags on in the courts.

In a press release, PEO Soldier states: “IVAS integrates multiple technologies into an architecture that allows a soldier to fight, rehearse and train using a single platform.

The suite of capabilities leverages existing high-resolution night and heat sensors, as well as onboard sensors integrated into a single Heads Up Display, to provide enhanced situational awareness, target engagement, and informed decision making to achieve superiority against current and future adversaries. The system also uses augmented reality and machine learning to create a realistic mixed reality learning environment. ” 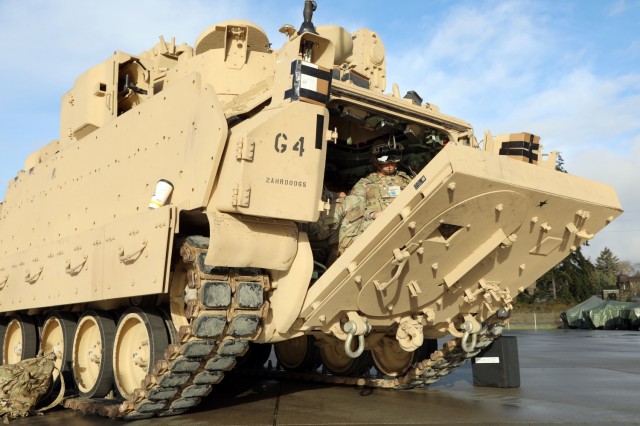 Microsoft has partnered with the US Army for the past two years, and the first prototype of the IVAS system was developed in 2018. Microsoft then received a $ 480 million government contract to adapt its HoloLens AR technologies to the needs of the military.

Earlier, a group of employees in an open letter urged Microsoft to cancel the HoloLens contract: “We have not signed up to develop weapons, and we require that our opinion on how our work is used should be taken into account.”

In response, Microsoft CEO Satya Nadella told CNN, “We made a principled decision that we are not going to deny technology to the institutions we have chosen in democracies to protect our freedoms.”

Augmented reality glasses are also being developed by Facebook (FB) and Apple (APPL). Read more in Marketinfo.pro articles: “Smart glasses from Apple may appear in the next three years”, “Facebook is working with parent company Ray-Ban on smart glasses”, “Facebook is developing a bracelet for reading minds and controlling smart glasses”.

NIO and XPeng Announce Deliveries for March and Q1 2021

Biden announced a plan to create jobs through investments in US infrastructure for $ 2 trillion.