Investors continue to buy out drawdowns in Aeroflot shares


In the previous trading session, Aeroflot shares rose 0.68%. The closing price was 74.08 rubles. The shares were trading at the market level. Trading volume amounted to 1.92 billion rubles.

On Monday, securities opened with a gap down and declined to 72.68. This was followed by an increase to the resistance level of 74, and the price rolled back to the level of 72. Both attempts to decrease were bought out, which indicates the strength of buyers. These factors indicate a continuation of the up-trend.

The technical picture suggests the following growth targets in the area of ​​78-81. A significant resistance on the way is at line 76.

The scenario will be canceled if the quotes fix below the level of 72.6, then the road to support 70 will open.

On the 4-hour chart, the RSI curve is in the overbought zone near the 70 point mark. Aeroflot quotes are above the SMA and EMA moving averages. The 4-hour MACD and RSI are showing weak bearish divergence. The indicators show local oversold, but first of all it is necessary to monitor the development of support and resistance levels: 72.6 and 74.2. 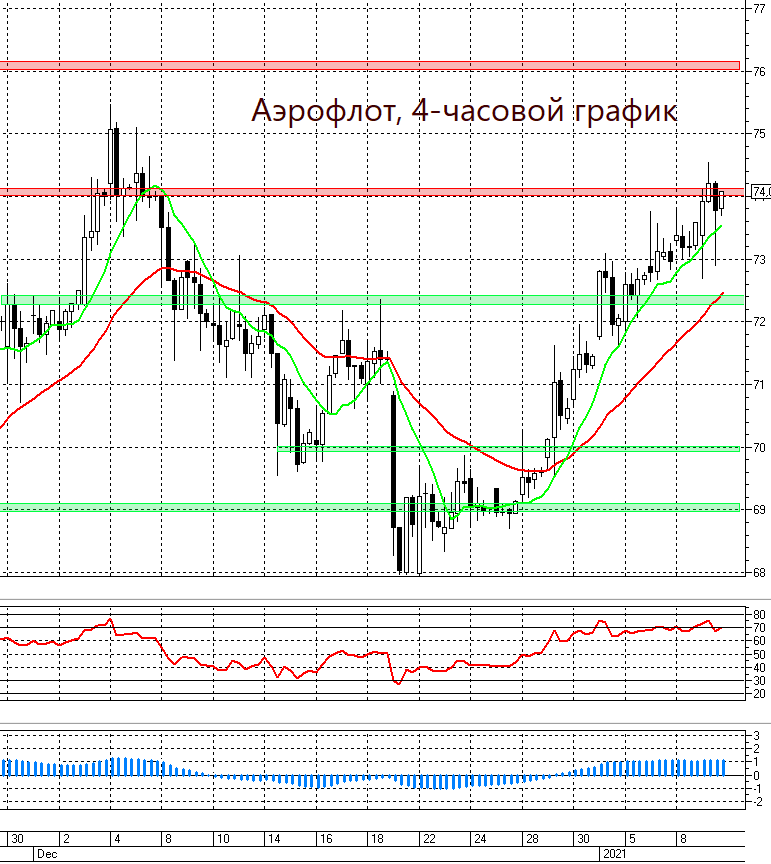 The external background is neutral in the morning. S&P 500 index futures are up 0.1%. Asian indices are trading in different directions. Brent crude is down 0.1%. If the background remains unchanged, Aeroflot shares will open near the Monday closing level.

The strong support level 55 was tested for strength in October, and it held its own. And on November 9, the largest daily trading volume in history took place, which is a strong argument in favor of the end of the fall and the formation of a new bullish trend.

The RSI curve is located at the middle border of the channel at around 51, which indicates the stock of growth of the asset and is an additional argument for buying.

At the beginning of the week, the price is above the level of 72.6, which indicates that the growth continues to the next sales zone 78–81.

If the securities are under 70, then the scenario of prolonged sideways consolidation will become relevant, the lower border of which may be in the region of 55-58. 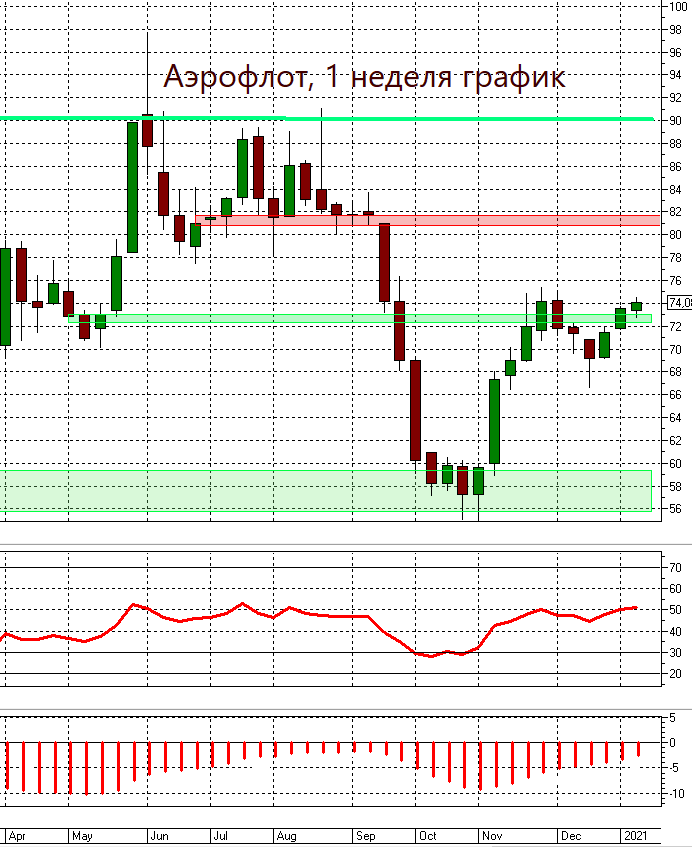