The US dollar is demonstrating multidirectional dynamics against the Japanese yen in this morning session, consolidating near 108.70.

Yesterday’s trading was marked by a slight decrease in the rate of the American currency, however, in general, the market sentiment remained practically unchanged. Investors ignore the rather positive American macroeconomic statistics and are focused on the future policy of the US Federal Reserve, which refuses to recognize growing inflation as a threat to the national economic recovery.

The market also reacted poorly to the speech of the head of the Bank of Japan Haruhiko Kuroda on Monday. The head of the Japanese regulator touched upon the global recovery of the world economy after the coronavirus crisis, warning that the stabilization process would be heterogeneous and could lead to increased economic inequality.

Bollinger bands on the daily chart are showing a smooth horizontal reversal. The price range broadens slightly from below, indicating the predominance of bearish sentiment in the short term. The MACD indicator is going down, maintaining a weak sell signal (the histogram is below the signal line). In addition, the indicator is currently trying to consolidate below the zero mark. Stochastic, having approached the “20” level, is trying to turn into an upward plane, reflecting the growing risks associated with an oversold dollar in the ultra-short term.

Existing short positions should be held in the short-term and / or ultra-short term until the signals from technical indicators are clarified. 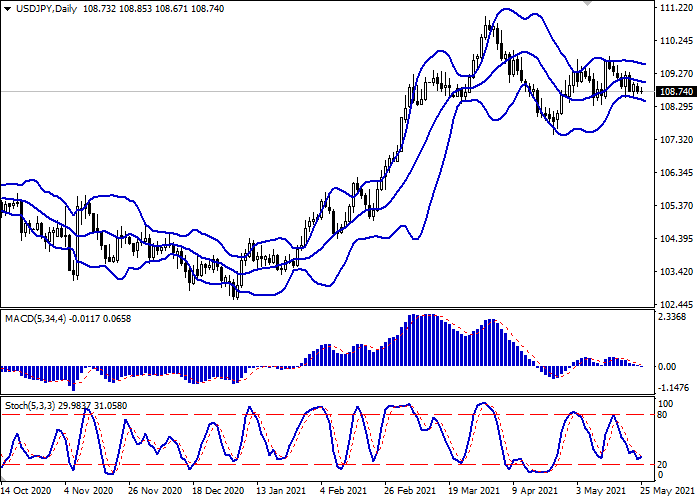 Employers will be paid extra for hiring university graduates

Alfa Forex: EUR / USD – ECB is trying to slow down the growth of the euro