Gold prices are showing a slight decline during today’s trading in Asia, retreating from local highs since March 25, updated the day before.

The quotes are still supported by volatile positions in the US currency, which began trading in April with uncertainty, despite the publication of strong data on the labor market and business sentiment. A noticeable pressure on the dollar is exerted by the fact of a decrease in the yield of Treasury bonds, which retreated from their record highs. At the same time, the demand for risky assets remains quite high as positive macroeconomic statistics from the United States and China arrive, which strengthen confidence in the early recovery of the world economy after the pandemic.

Today, investors are awaiting the publication of the minutes of the US Federal Reserve meeting, but so far it is not necessary to count on any changes. The American regulator ignores the risks of inflation, which are growing against the background of a sharp increase in budget spending, and continues to adhere to a policy of low interest rates, which, according to forecasts of the US Federal Reserve, will remain at current minimum levels for a long time.

Bollinger Bands on the daily chart are showing flat dynamics. The price range has not changed for a long time, but it remains spacious enough for the current level of market activity. The MACD indicator is growing, maintaining a relatively strong buy signal (the histogram is above the signal line). Stochastic, having reached its maximum values, turned into a horizontal plane, indicating that gold is overbought in the super short term. 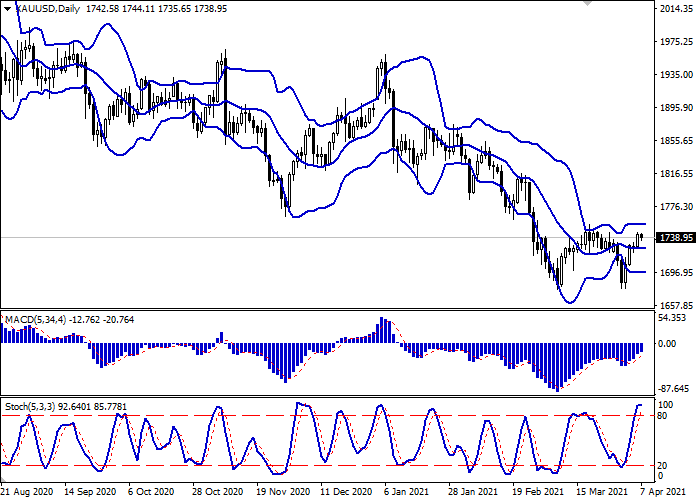 Liability of public utilities and road services offered to insure

The central bank supported the idea of ​​a pension tax deduction