The meeting of US and Chinese officials on Thursday was held in violation of protocol – instead of a four-minute photo session, the parties expressed their claims and accusations for more than an hour. Biden is expected to change the relationship between the US and China.

On Thursday, Anchorage, Alaska, hosted the first official meeting of US and Chinese officials since the election of US President Joe Biden.

Relations between the countries have been tense under the presidency of Donald Trump, one of whose most recent statements were accusations of China’s spread of the COVID-19 pandemic.

Biden’s policy towards China, according to many experts, will also be quite tough, but more balanced, and will relate to issues of fair competition, terms of trade, as well as the protection of human rights and the environment.

Expectations for the March 18-19 meeting were rather low when you consider the imposition of sanctions by Beijing on 28 people, including several members of the Trump administration, immediately after Biden’s inauguration.

The Biden administration, in turn, announced sanctions against 24 Chinese officials just days before the first summit.

The meeting of the officials began with a photo session, which was supposed to last several minutes with short comments from each of the parties. However, protocol was violated and the sides exchanged sharp remarks for more than an hour on issues ranging from US-China relations to concerns of Washington’s allies.

Highlights from the first US-China talks in 2021

US Secretary of State Anthony Blinken said that from now on, the US wants to discuss problems and priorities more openly, “with the aim of developing clearer relations between our countries.”

Blinken also noted that he had just made a visit to Japan and South Korea, and also “spoke with hundreds of colleagues from all over the world” who “expressed deep concern about some of the actions taken by the Chinese government.”

US diplomats intend to raise in negotiations the issue of the Chinese government’s attitude towards Muslim ethnic minorities in Xinjiang, the end of democratic self-government in Hong Kong, economic coercion against US allies and partners, and aggressive actions against Taiwan.

Chinese Foreign Minister Wang Yi said that “China has not accepted and will not accept any unfounded accusations from the United States in the future.” 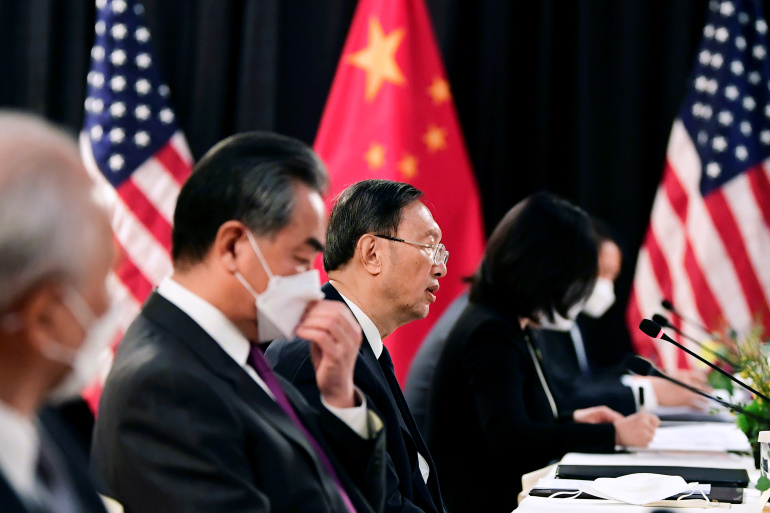 Wang Yi added: “China calls on the American side to completely abandon the hegemonic practice of deliberate interference in the internal affairs of China. This is a long-standing problem and should be changed. ”

Yang Jiechi, director of the Central Foreign Affairs Commission in China, also stated that “The United States has no right to say that it wants to speak to China from a position of strength.”

“The United States alone does not represent international public opinion, nor does the Western world.”

“We believe it is important for the United States to change its own image and stop promoting its own democracy to the rest of the world,” Yang said.

At the same time, diplomats from both countries recognized the benefits of joint cooperation and the need to establish fair business relationships. The whole world is waiting for this and will observe the results of the completion of the two-day talks on Friday and the subsequent steps by the governments of each of the countries.

Excellent conditions have been created for the growth of oil shares