Bearish sentiment is growing among large speculators in bitcoin


According to COT (Commitments of Traders) reports provided by the Commodity Futures Trading Commission (CFTC) – for the week ending last Tuesday: 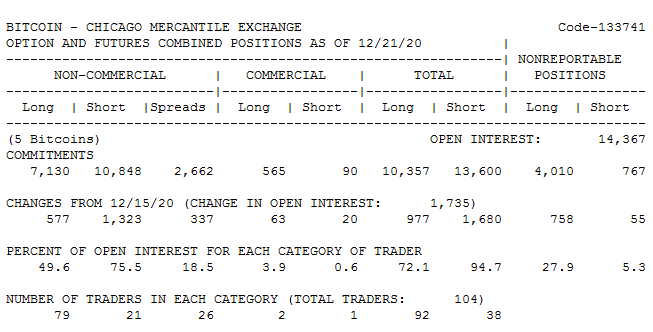 Bottom Line: Bitcoin COT data reflects a noticeable rise in bearish sentiment among large speculators. After a week’s break, large speculators resumed building up their net position to reduce Bitcoin. Large funds, after three weeks of contraction, noticeably increased their positions, especially sales, which led to an increase in the net position for a decrease in BTC by 25% over the week. At the same time, the net position renewed the historical highs of August. The continuation of this trend may contribute to the decline in cryptocurrency.

Small speculators have mainly increased their purchases in the last week. Bullish sentiment has resumed among small speculators, but this group of traders usually does not have a significant impact on the market.

Hedgers, usually trading against the main trend, continue to build up a net position aimed at lowering Bitcoin, suggesting a drop in BTC after the latest updates to all-time highs.

Forecast for the Moscow Exchange index for today: 3250-3300 points