Another wave of growth is maturing in VTB shares – ForTrader.org financial magazine

At the auction on Thursday, VTB shares looked better than the market on the news about dividends and plans for 2021. First, the bank’s board of directors recommended dividends on ordinary shares in the amount of RUB 0.0014. on paper. This was the most likely option, however, due to the postponement of the decision, market participants could become nervous about the decision. Now the uncertainty has disappeared, which had a positive effect on the dynamics of quotations.

Secondly, Dmitry Pyanov, a member of the bank’s board, confirmed VTB’s profit plans for 2021 in the amount of RUB 250-270 billion, noting that the bank plans to make a profit at the upper end of the range. The top manager added that the second quarter of 2021 promises to be comparable in profit to the first quarter, when a record 85.1 billion rubles were earned.

Finally, it was proposed to cut dividends on preferred shares of VTB, which are controlled by the RF Ministry of Finance and the DIA, by 16% relative to previous proposals. For common shares, this is positive on both sides. First of all, due to the reduction in payments on prefs, the pressure on the bank’s capital is reduced, on the condition of which dividends are highly dependent on the “usual”. The second point – the decision indicates that the bank was able to agree with the holders of preferred shares on dividends without reducing the amount of payments for ordinary shares. This can be regarded as a signal that VTB is striving to increase the attractiveness of common shares, which could become a strong driver for capitalization growth.

In total, a set of news events allowed VTB shares to break through the upper border of the growing channel and at the end of the day to gain a foothold above the level of 0.485 rubles. The 200-period moving average was also broken, which gives good signals within the current trend movement.

The technical picture is moderately positive. If the securities are able to hold on to the reached levels and bounce off the upper border of the channel, another wave of growth can be expected. The nearest resistance is now 0.0495 rubles.

In case of breakdown, RUB 0.0485. downward technical picture deteriorate. Nevertheless, there are several good levels below, from which the bulls can push off. In particular, in such a scenario, a rebound may start from 0.04785 rubles. or a 200-period moving average on a watch. On the daily interval, there is still potential for growth, the oscillators have not reached the overbought level. 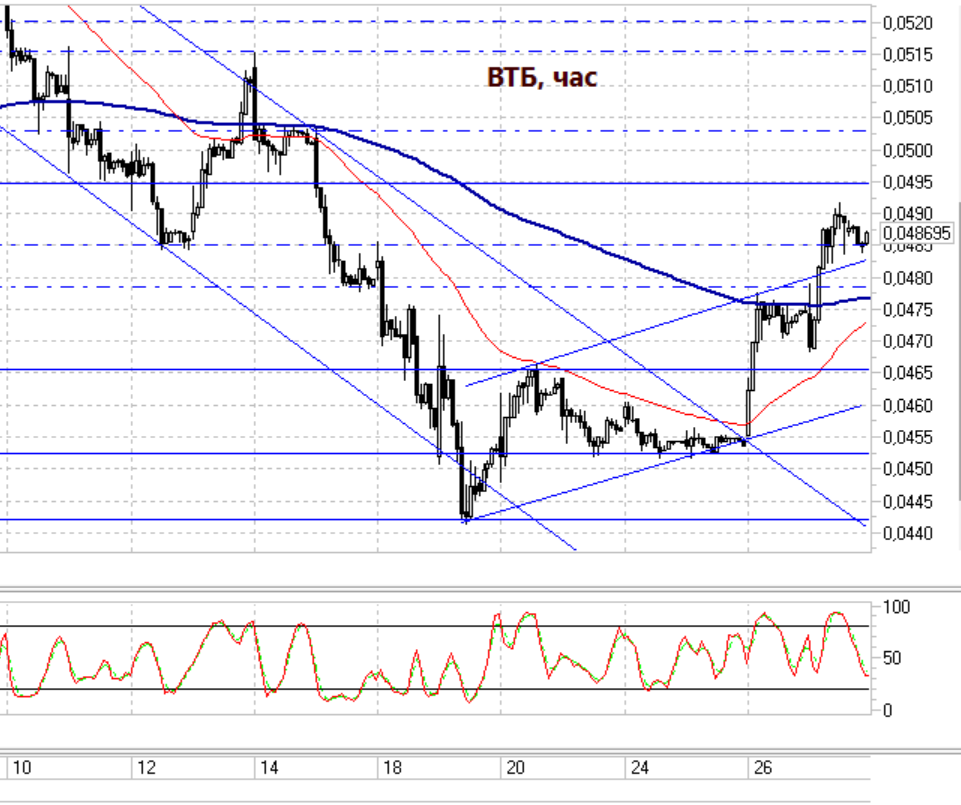 The external background is moderately positive this morning. American indices remained at about the same levels after the close of our main session on Thursday. Asian markets are trading in positive territory today. Futures on the S&P 500 index are growing by 0.3%, Brent oil is in positive territory by 0.35% and is near the level of $ 69.6. All this suggests that if the external background persists, the opening will take place near the previous day’s close.

Long-term expectations for the security are moderately positive. In the first quarter of 2021, VTB posted a record quarterly profit, which became a strong driver for growth. The management plans that the II quarter also promises to be successful, and the profit targets for the year will be achieved, and at the upper limit. All this creates favorable conditions for further growth of quotations.

After updating local peaks on strong results of the first quarter, VTB shares corrected, unloading overheated oscillators. The two-week correction took the securities to the level of the 200-period moving average, from where the rebound started on the news on dividends and strong forecasts for 2021. With a calm external background, the rise in shares may continue. The target of securities growth on the horizon of the next 12 months can be designated as 0.0575–0.06 rubles. 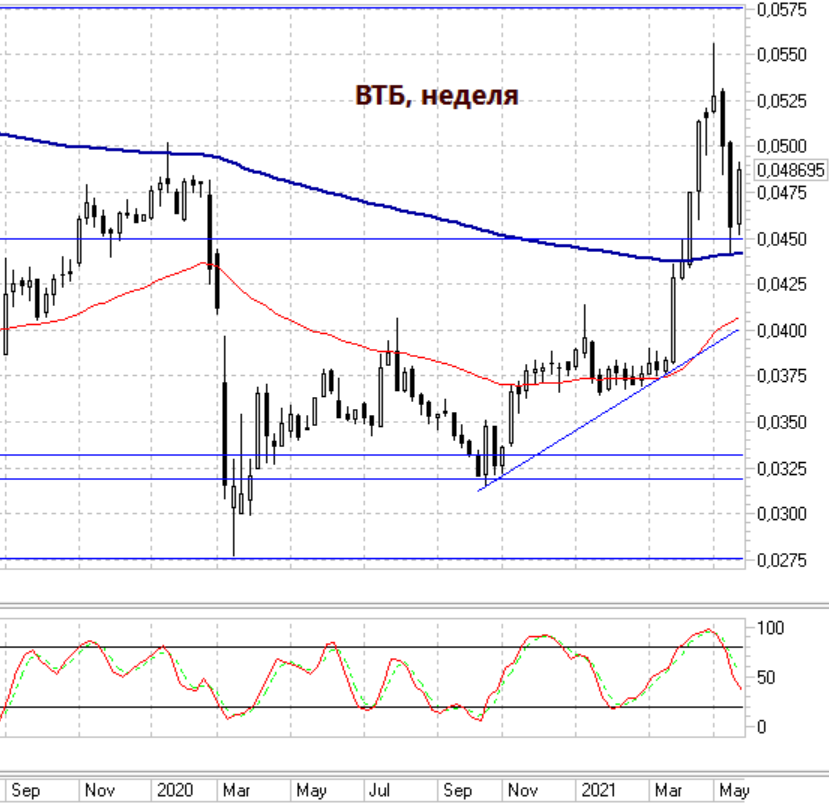 It’s better to wait for the new positions in the GBPUSD pair – ForTrader.org financial magazine

What is Bitcoin in simple terms? – ForTrader.org financial magazine