In the previous trading session, Aeroflot shares rose 0.69%. The closing price amounted to 69.62 rubles. The shares were trading at the market level. Trading volume amounted to 0.76 billion rubles.

On Monday, at the beginning of trading, the securities tried to overcome the resistance of 70, but to no avail. Since December 21, the price has not been able to overcome this mark, which indicates the local weakness of buyers. I expect an attempt to break through the support area 68.8-69.

The technical picture indicates the possibility of the end of the correction, but for accurate confirmation it is necessary to gain a foothold above the daily resistance of 70. In this situation, the first growth targets will shift to the area of ​​73.2–74.2.

If the quotes consolidate below the level of 69, then the road to support 67 will open and a second descent to the important level 65 is possible. This scenario will be a reason for a set of long positions in the area of ​​65-67.

Market volatility has declined, as has trading volumes due to the holidays. The amplitude of fluctuations in the coming trading sessions will be reduced.

On the 4-hour chart, the RSI curve is in neutral territory near the 50 point mark. Aeroflot quotes are between the SMA and EMA moving averages. The 4-hour MACD and RSI are showing weak bullish divergence. The indicators show a readiness for further growth, the main oversold level has been removed, but first of all it is necessary to monitor the development of support and resistance levels: 70 and 69. 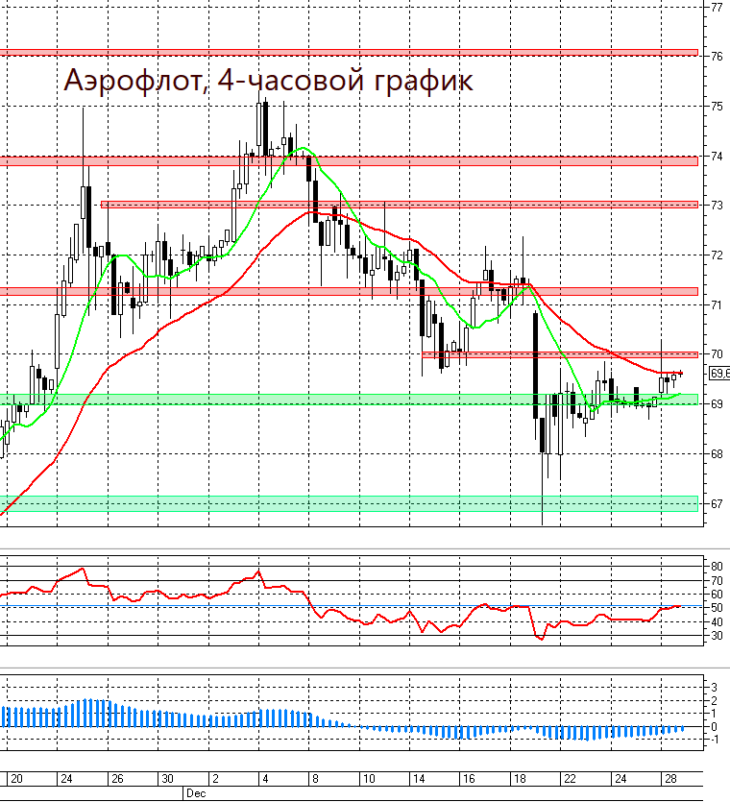 The external background is neutral in the morning. The S&P 500 Index futures are up 0.3%. Asian indices are trading in different directions. Brent crude is up 0.4%. If the background remains unchanged, Aeroflot shares will open near the Monday closing level.

In October, the strong support level 55 was tested for strength and it held out. And on November 9, the largest daily trading volume in history took place, which is a strong argument in favor of ending the fall and forming a new bullish trend.

The RSI curve is located at the middle border of the channel, which indicates the stock of growth of the asset and is an additional argument for buying.

At the beginning of the week, the price is below the level of 70. To continue to grow towards the second target of 78, you need to gain a foothold above 70.

If the securities are under 70, then the scenario of prolonged sideways consolidation will become relevant, the lower border of which may be in the region of 55-58. 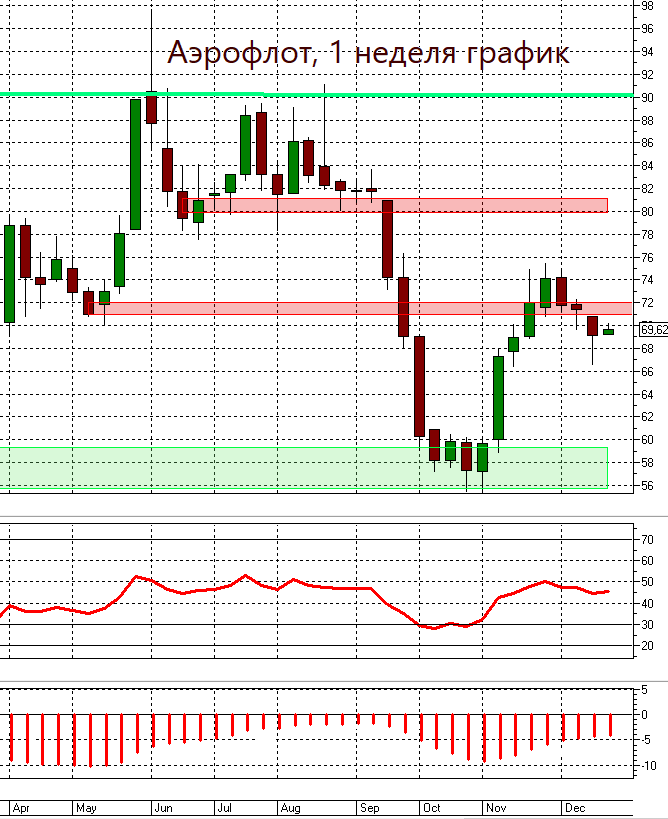